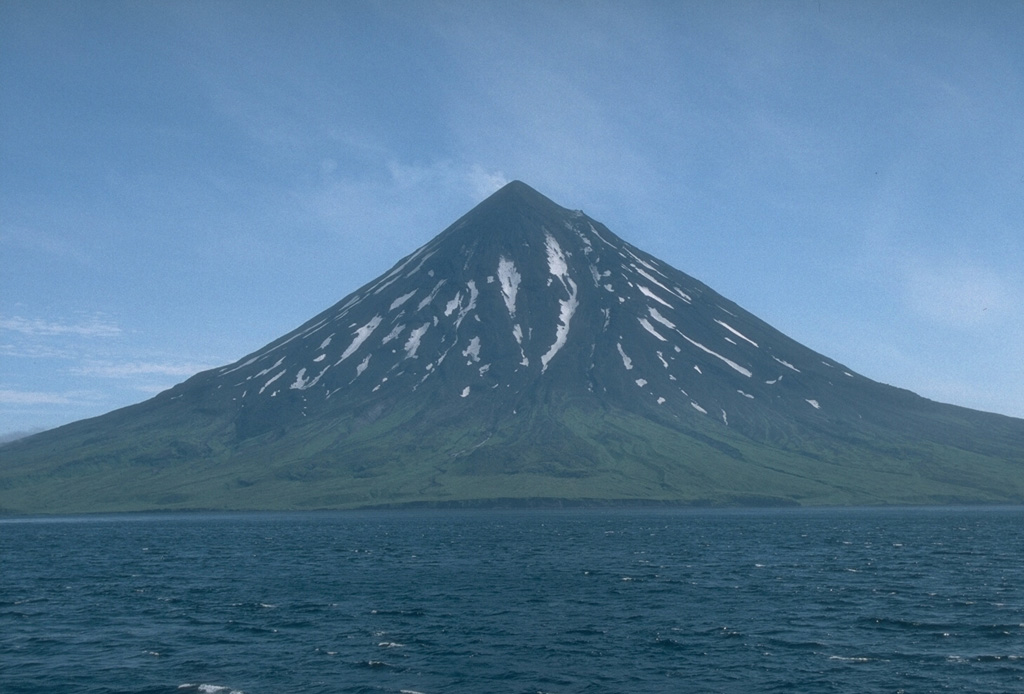 Mount Cleveland forms the western half of Chuginadak Island. This 24 July 1994 view from the west shows the summit region darkened by ashfall that may have originated from an eruption reported on 25 May. Dark lava flows from earlier eruptions can be seen on the flanks.