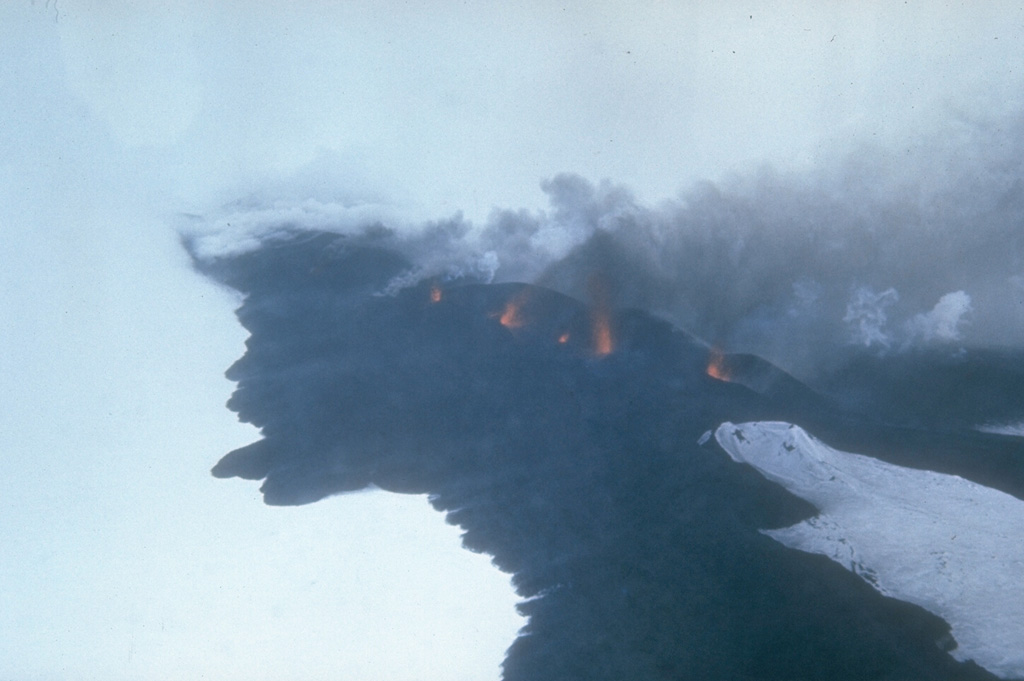 Lava fountains rise above a fissure on Seguam volcano on 8 March 1977. This view from the south shows part of the 1.5-km-long eruptive fissure SE of Pyre Peak. Black lava flows move across the snow from the fissure and diverge around an older cone to the lower right. Pyre Peak, within the westernmost of two calderas, is surrounded by fresh lava fields. 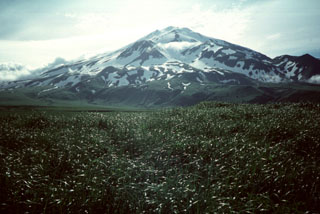