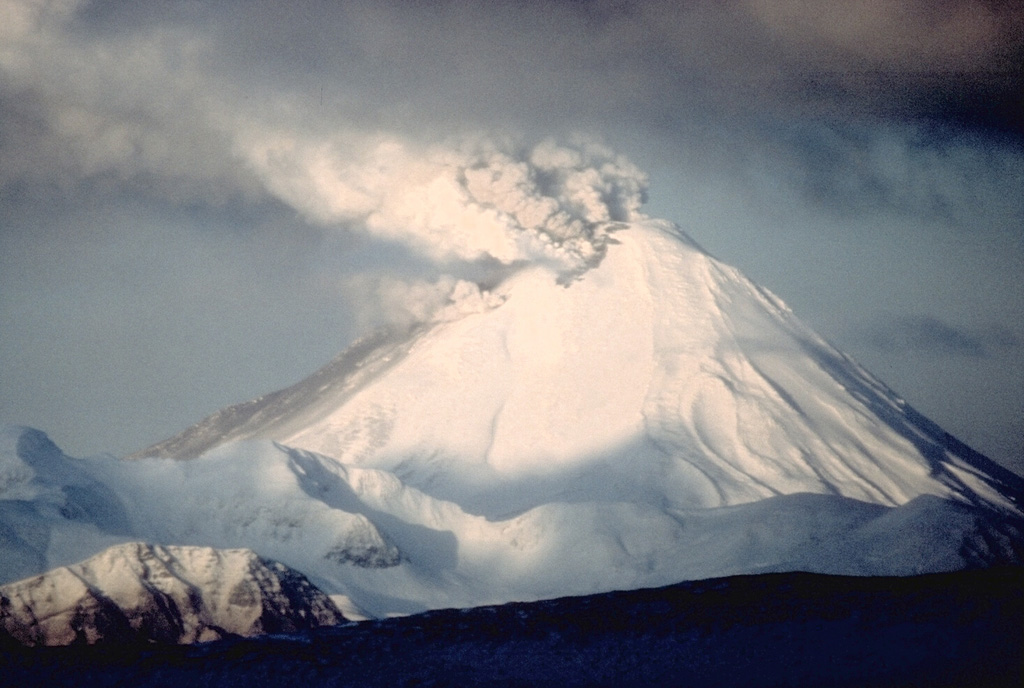 A gas-and-ash plume, seen here from the E, rises from a fissure across the summit of Kanaga on 27 January 1994. Eruptive activity began in mid-1993 and continued intermittently through most of 1995. Ash fell on the village of Adak 25 km to the E on at least one occasion. On 27-28 July incandescent lava flows were first visible on the flank and by the end of the month they reached the NW coast.