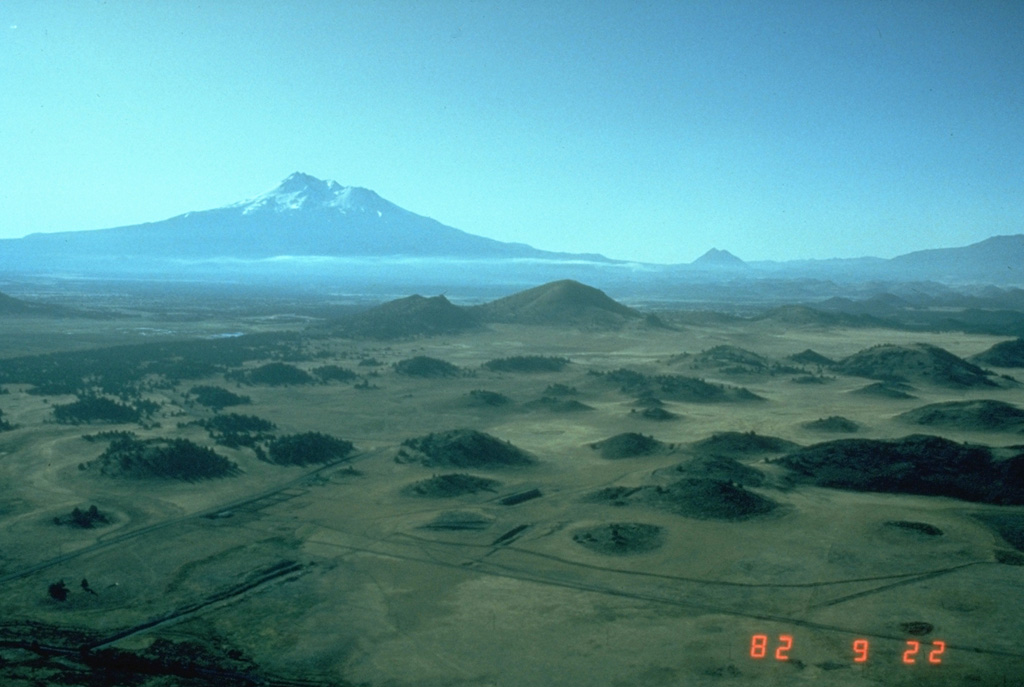 The hilly topography in the foreground is part of the massive debris-avalanche deposit produced by collapse of Mount Shasta (left horizon) during the Pleistocene. The hummocky area represents relatively intact segments of the volcano that were carried within a more fluid facies of the avalanche. The larger hills in the center of this image are older volcanic rocks surrounded by the avalanche deposit, although elsewhere individual hummocks range up to a few hundred m in height and roughly 1 km in length.