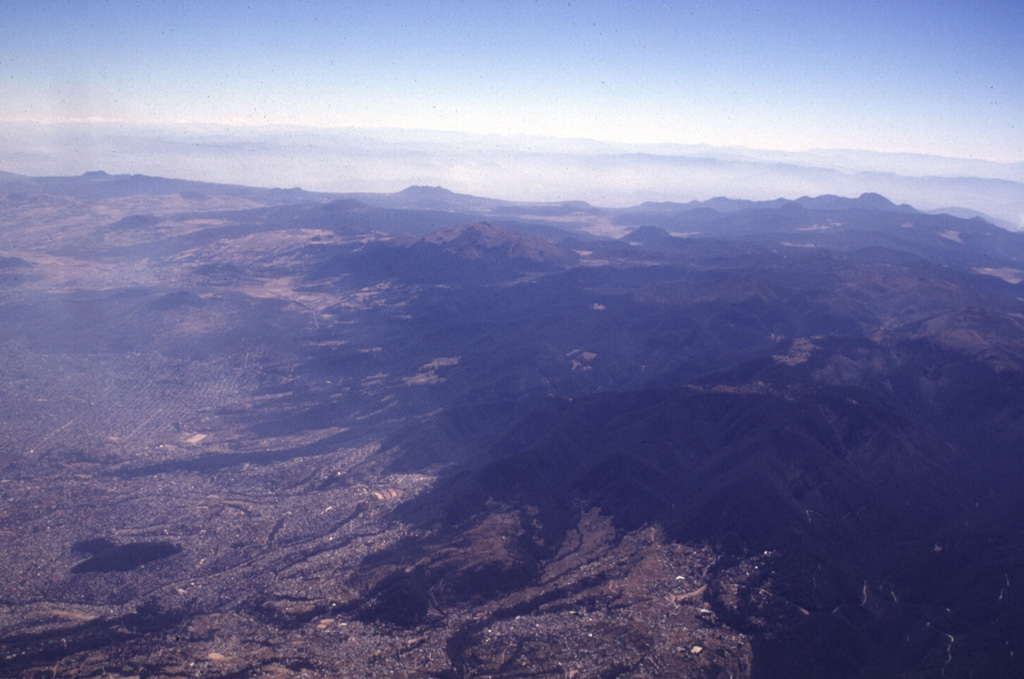 Mexico City encroaches onto the Chichinautzin volcanic field, which covers a broad 1,000 km2 area immediately south of the city. Many of the more than 150 small cones in the volcanic field are of Holocene age. Among the larger features of the field seen in this aerial view from the NW are Volcán Ajusco (the brown-colored peak in the center below the skyline) along with Cerro Pelado, Cerro Chichinautzin, and Cerro Tláloc to the left. In addition to the Xitle eruption less than 2,000 years ago, an eruption of Cerro Chichinautzin was witnessed by local inhabitants.