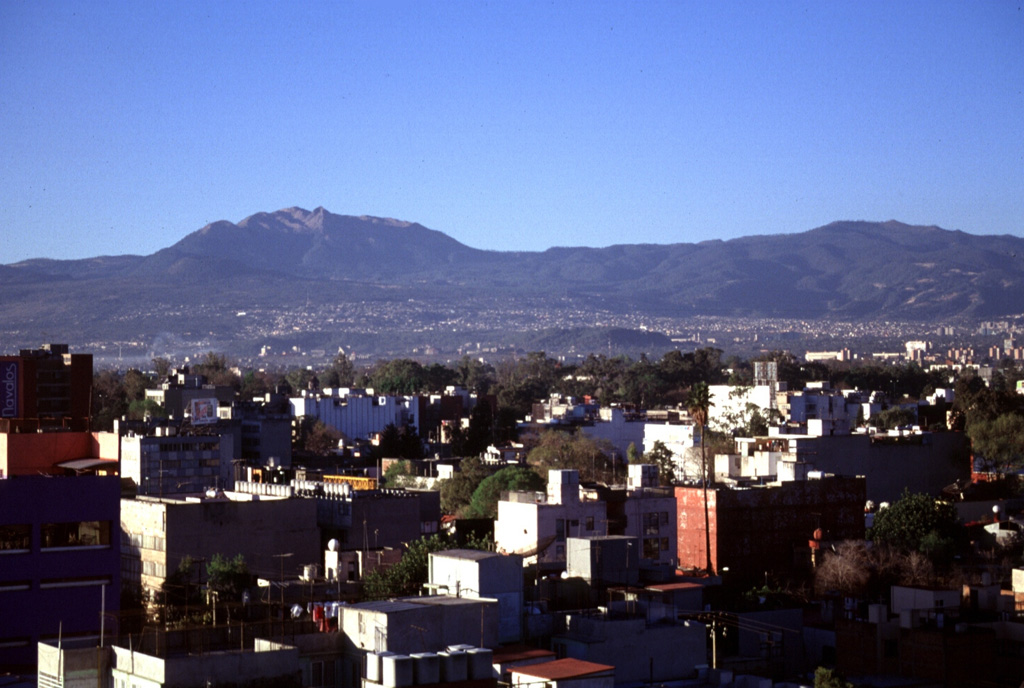 Ajusco volcano rises above Mexico City to the south. The Chichinautzin volcanic field covers a broad, 1,000 km2 area with more than 150 small cones of mostly Holocene age. One of the youngest eruptions occurred from the Xitle cone about 1,670 years ago, producing a massive 3.2 km3 lava flow that covered prehistorical urban centers and agricultural land. It is now overlain by the southern part of Mexico City.