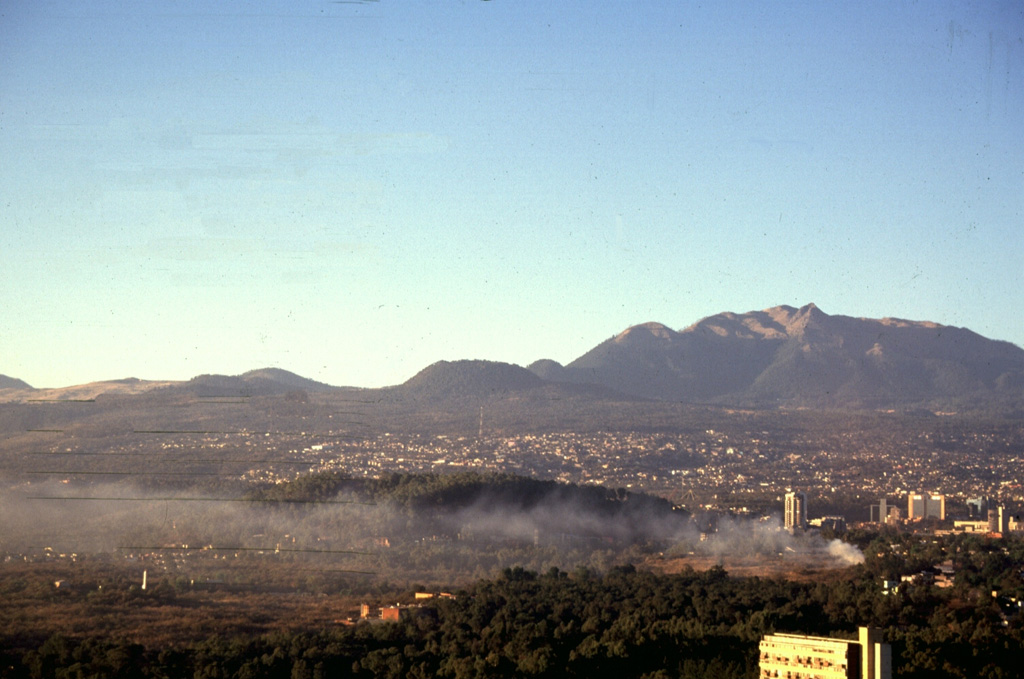 The Xitle scoria cone, the large flat-topped cone on the center horizon, is one of the youngest features of the Chichinautzin volcanic field. Xitle erupted about 1,670 years ago. Initial ash emission was followed by extrusion of a lava flow that traveled 13 km N and covered the prehistoric Cuicuilco urban centers and nearby agricultural lands. Portions of Mexico City, including the National University (UNAM), were built on this lava flow. The Ajusco lava-dome complex appears to the upper right.