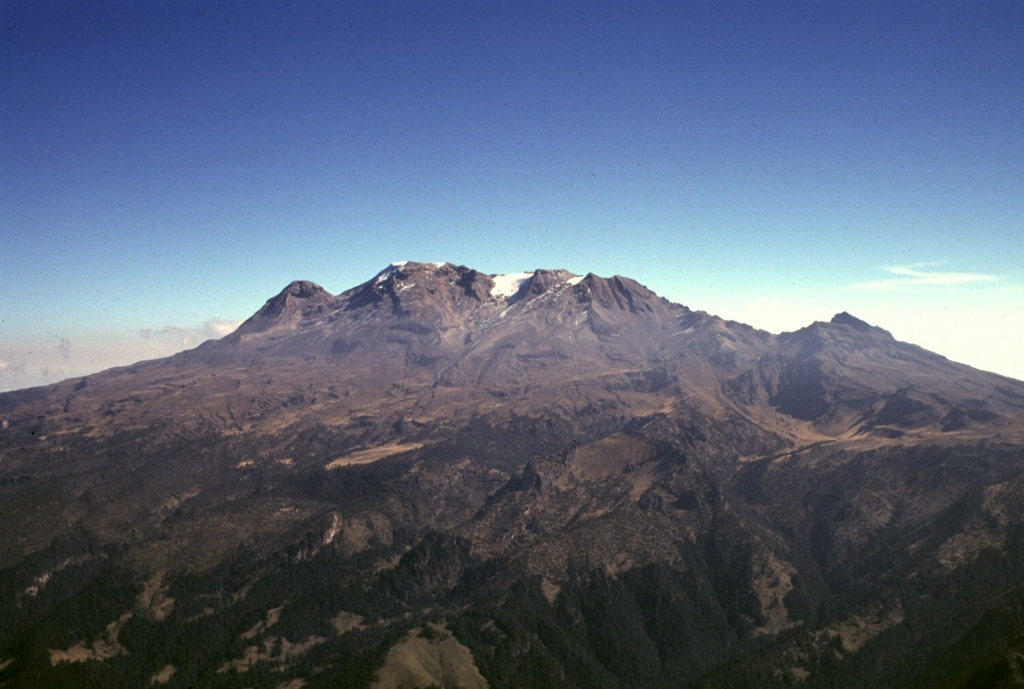 Iztaccíhuatl along with Popocatépetl are the subjects of legends with their morphologies reflecting their characters. The profile of a sleeping woman can be seen here from the west above the Valley of Mexico. A series of overlapping cones constructed along a NNW-SSE trend forms the summit ridge. From left to right they are La Cabeza (the head), El Pecho, Las Rodillas, and Los Pies (the feet). The volcano is mostly Pleistocene in age, but minor Holocene activity has occurred.