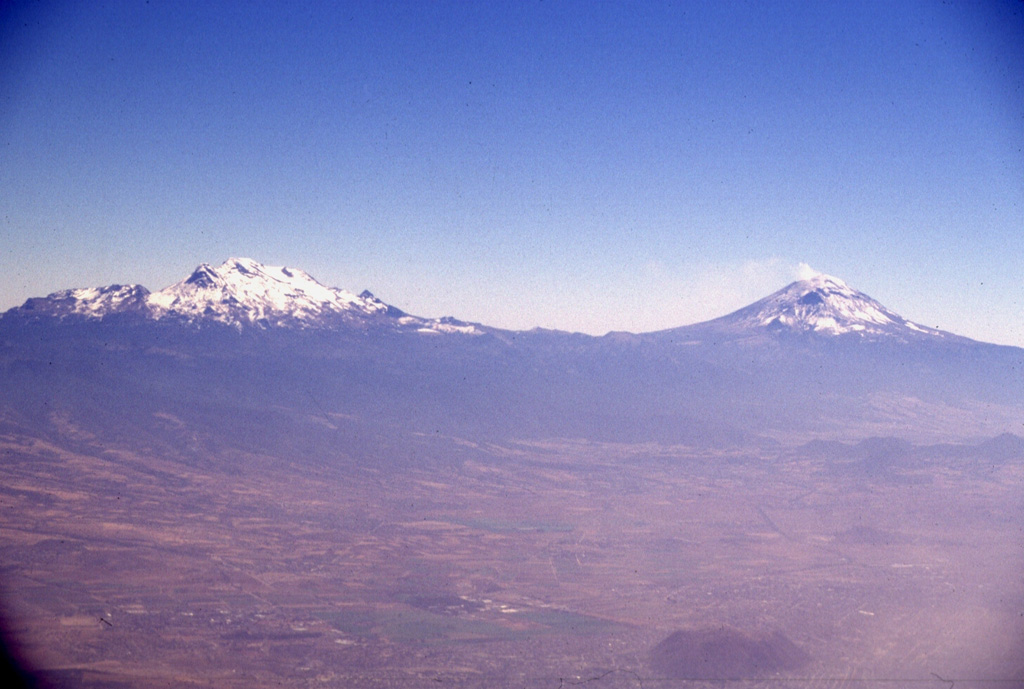 The twin volcanoes of Iztaccíhuatl (left) and Popocatépetl dominate the landscape east of the Valley of Mexico. The differing profiles of the two volcanoes, the 2nd and 3rd highest in México, reflect the varying styles and durations of volcanism. Iztaccíhuatl's elongated form reflects migration of volcanism over long periods of time along a NNW-SSE trend; it is largely Pleistocene in age, and has been extensively eroded. Symmetrical Popocatépetl is much younger and has more-localized vents. It has erupted frequently since the beginning of the Spanish era.