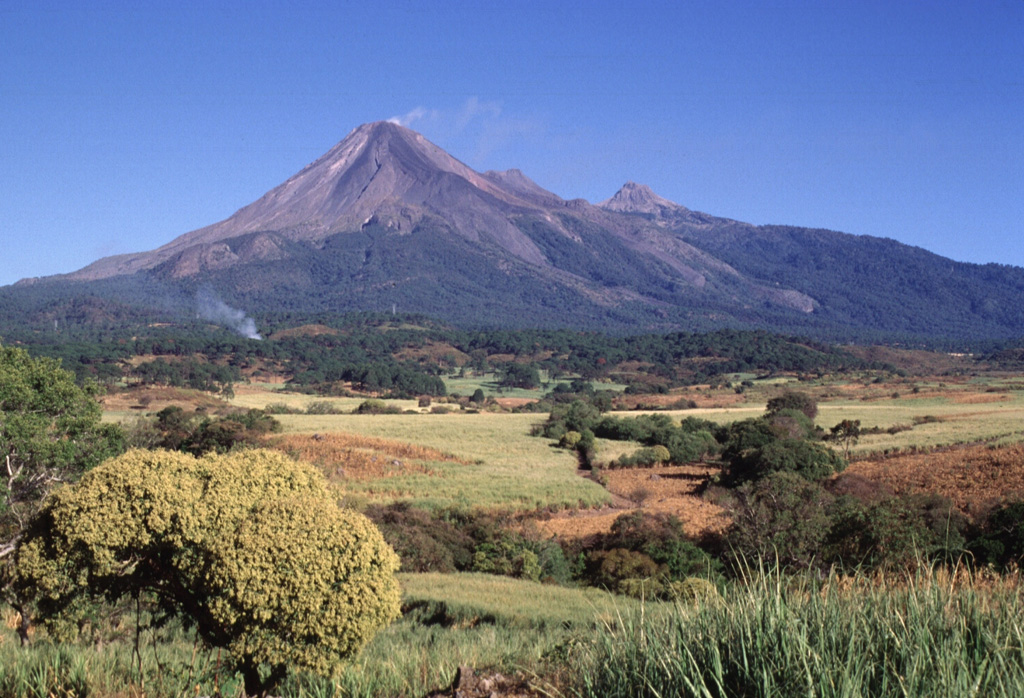 Colima (left), with a diffuse gas plume drifting from its summit, and Nevado de Colima (right) form a pair of edifices comprising the Colima volcanic complex. The modern Colima cone was constructed during the past 2,600 years within a large horseshoe-shaped flank collapse scarp that opens towards the south. The modern edifice has overtopped the eastern caldera rim (roughly corresponding to the vegetation line), and unvegetated lava flows that were emplaced during 1975-76 are visible down the outer flanks.