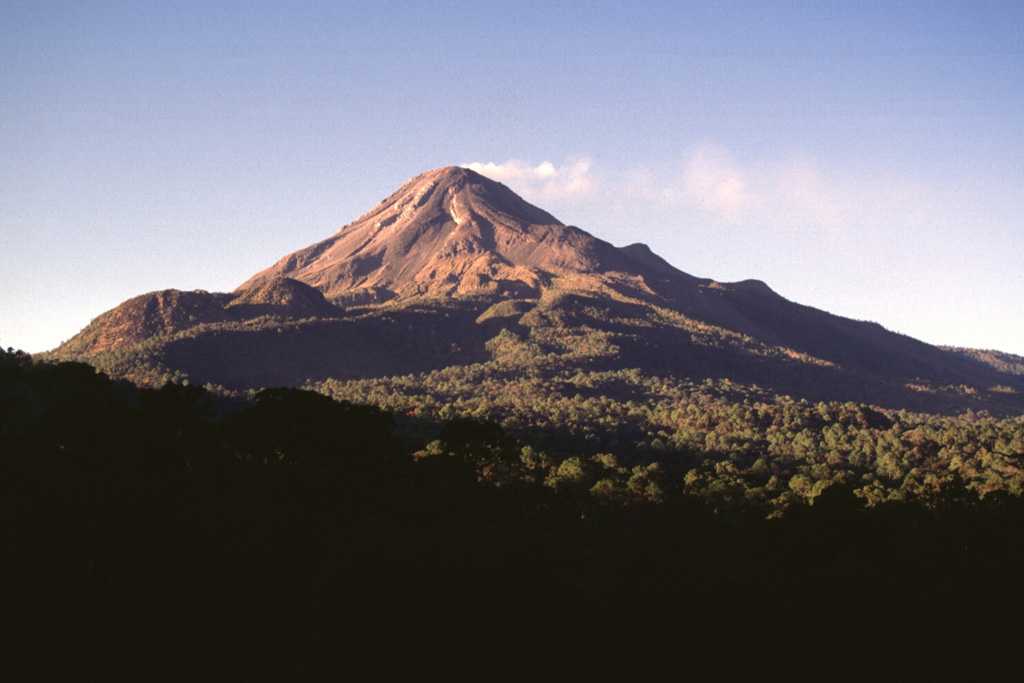 Two lava domes, known as Los Hijos del Volcán, form the two hills on the southern flank just below the left horizon of Colima. They are the southernmost of the Colima volcanic complex vents, which have erupted further towards the south through time. The 1981-1982 lava flow forms the lobe descending diagonally from the summit to the left.