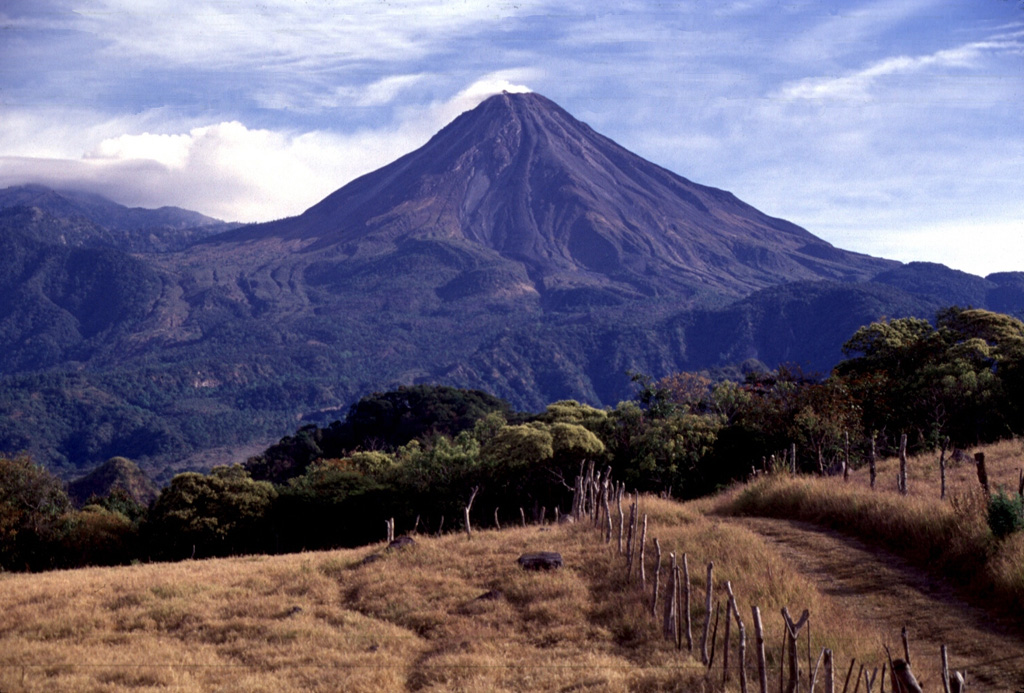 The symmetrical cone of Volcán de Colima was constructed within a large horseshoe-shaped caldera formed by repetitive collapse of a previous edifice. The northern caldera rim forms an arcuate ridge at the extreme left in this view from the SW. The modern cone was built within the past 2600 years and has banked against the northern caldera wall and grown to a height of 400 m above the caldera rim. Leveed lava flows drape the sides of the cone, whose growth has been unobstructed in the breached direction of the caldera to the south and west.