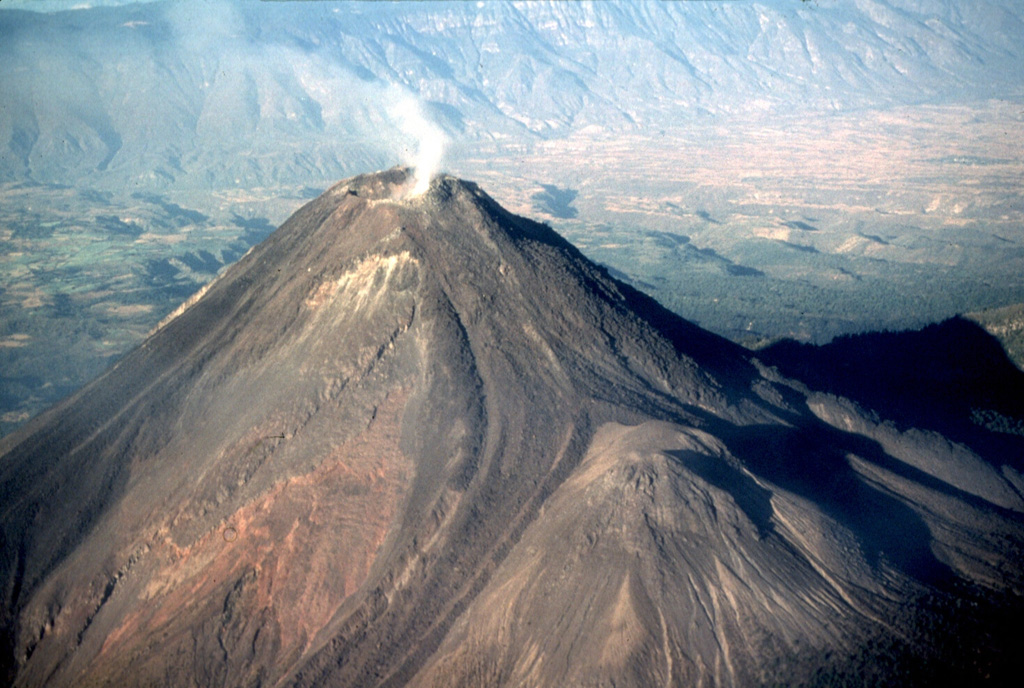 The NE-most of two lava flows produced during the 1975-76 eruption descended the flank of the summit cone until it encountered the 1869 El Volcancito lava dome (lower right). The flow then bifurcated into two lobes to the north and south. The Colima graben floor to the upper left is blanketed by debris avalanche deposits that formed during collapse of previous edifices.