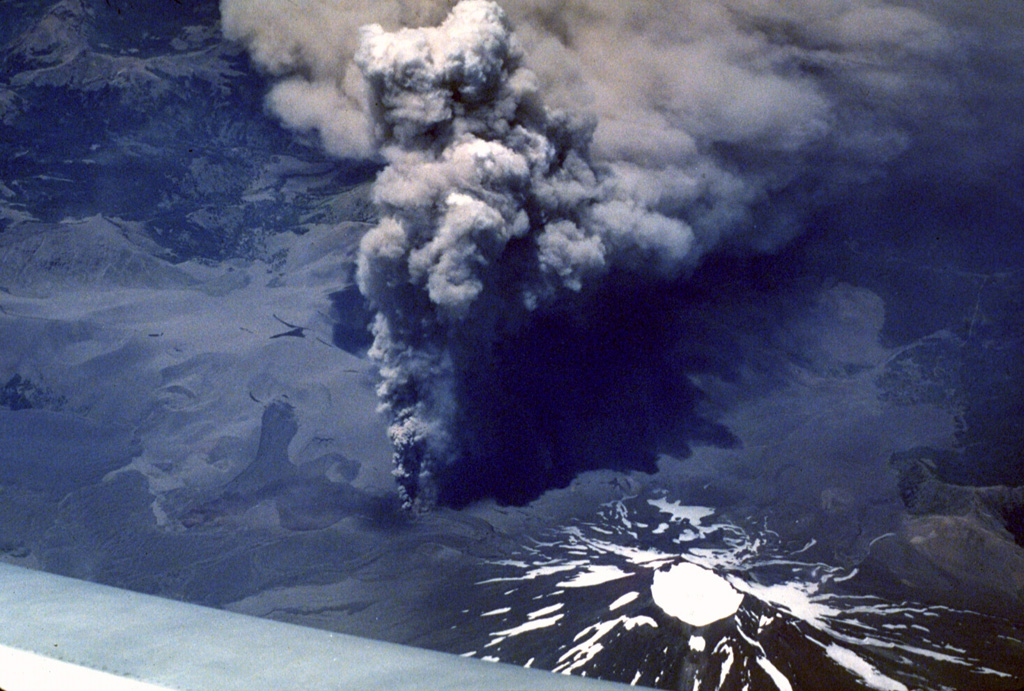 Four days into an eruption of Lonquimay volcano that began on 25 December 1988 an ash plume rises above a vent on the NE flank. Winds distribute the ash to the SE. Heavy ashfall lasted over a year, causing severe economic disruption. This east-looking view shows the ice-filled summit crater of Lonquimay at the bottom right.