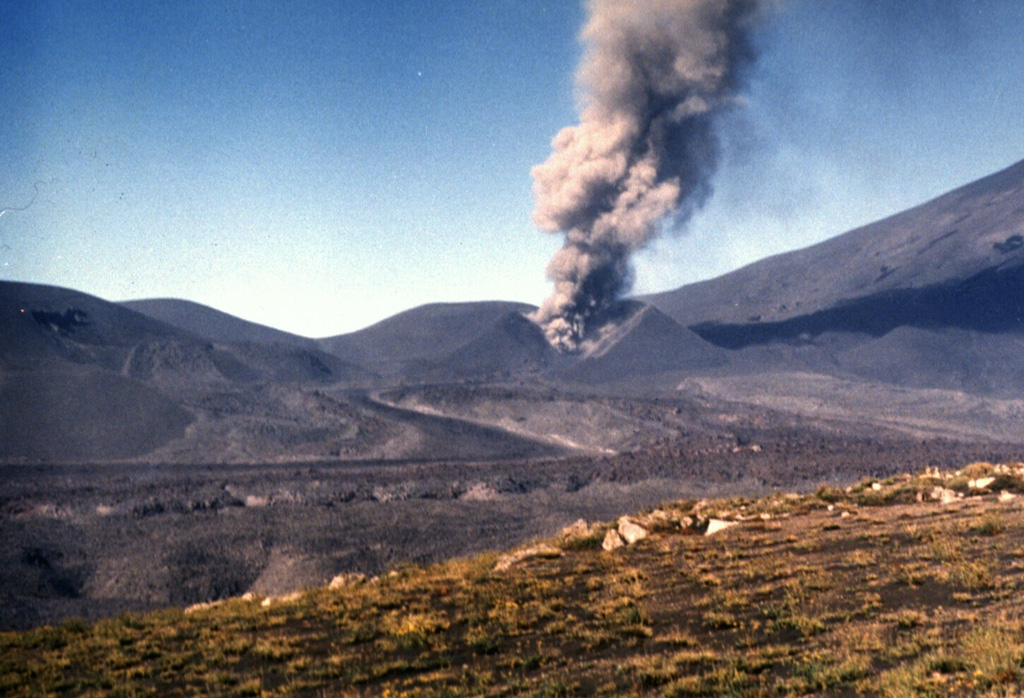 A lava flow in the foreground issues from the breached Navidad cinder cone on February 8, 1989, while an ash plume rises above the crater. The lava flow originated on December 27, 1988, two days after the start of the eruption from a vent on the NE flank of Lonquimay volcano, whose slope is visible at the right. The flow advanced rapidly during the first few days of the eruption, reaching 4 km by Janaury 2. It then slowed, and by the time the eruption ended, in January 1990, the blocky lava flow reached 10 km down the Río Lolco valley.