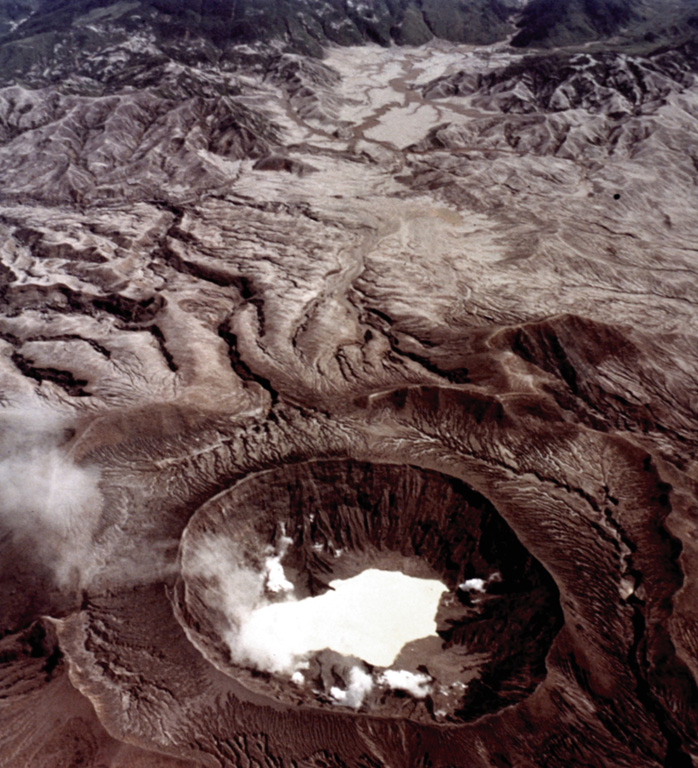 This view from the west on 4 November 1982 shows the impact of the El Chichón eruption about seven months later. Fumaroles are present around the new lake partially filling the crater, and the surrounding area was devastated by pyroclastic flows and surges. The 1982 crater is located within an older 1.5 x 1.9 km crater.