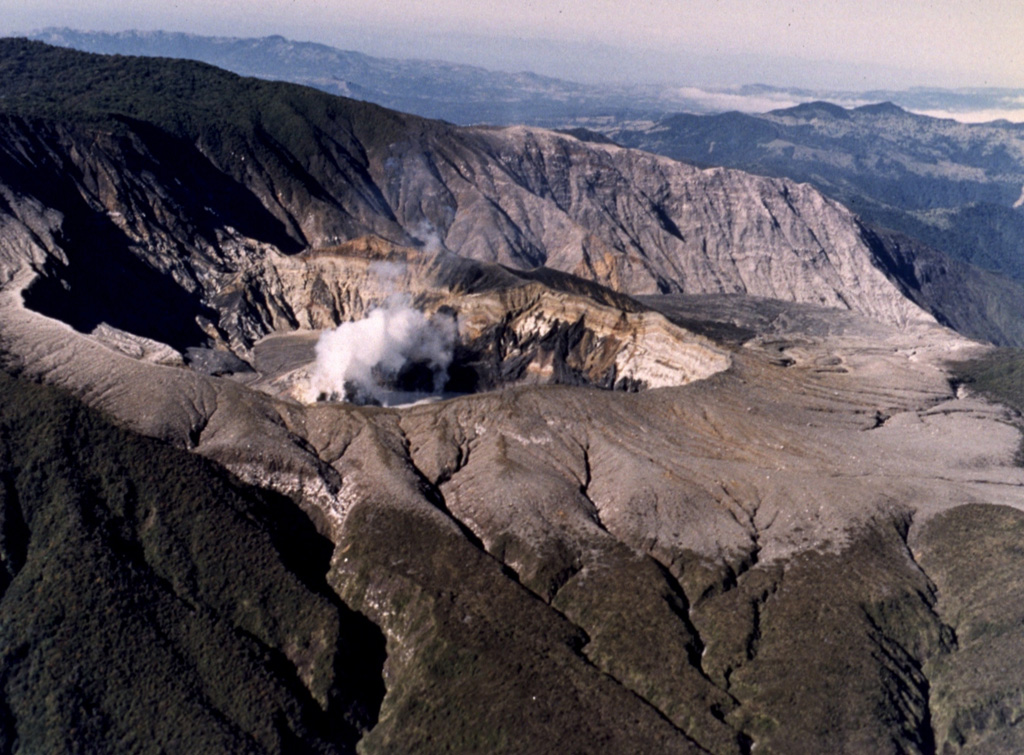 The steaming main crater of Poás volcano, seen here in an aerial view from the NE, lies within the smaller of two nested calderas at the summit of the volcano. This inner caldera is elliptical and is 4 km wide in its longer N-S direction, but is not well-exposed topographically. A tourist overlook along the ESE crater rim near the upper left provides a frequently visited vantage point into the crater in the popular Poás National Park.