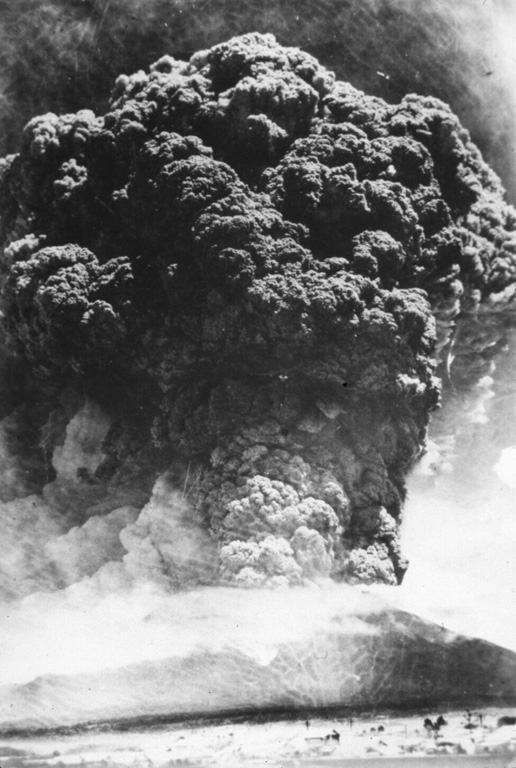 A Plinian ash plume rising above the summit of Komagatake on 17 June 1929, seen here from the town of Mori, NW of the volcano. This was one of the largest eruptions from Komagatake in historical time, producing pumice-rich pyroclastic flows that descended out to 8 km from the crater, and a thick blanket of ash and pumice that caused extensive damage. The maximum reported plume height was 13 km. Activity ceased on 19 June before briefly resuming on 6 September.