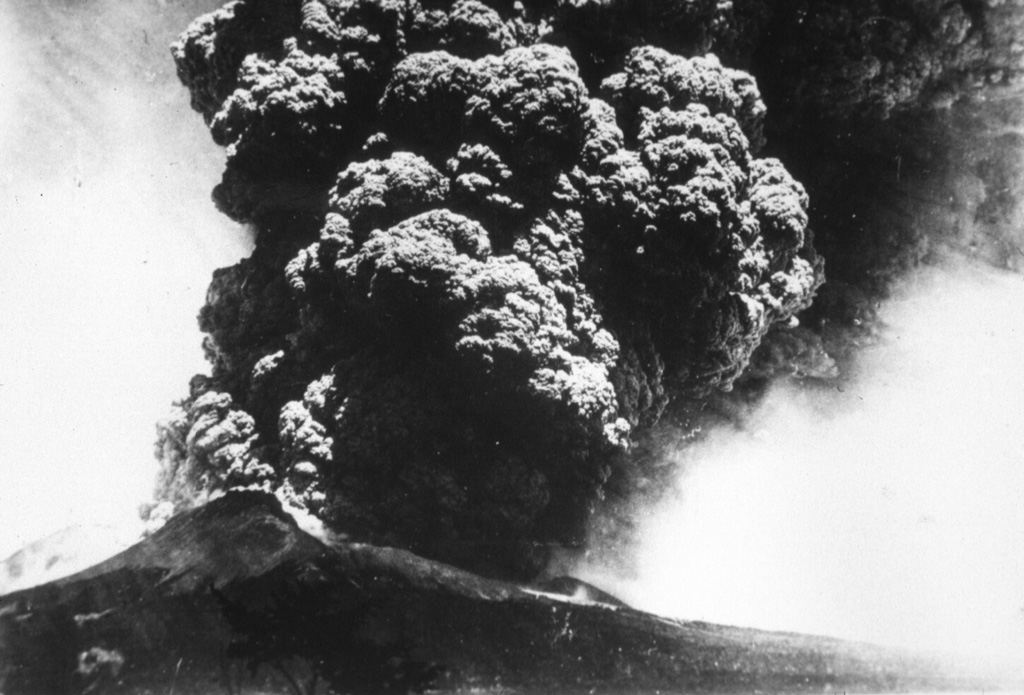 A Plinian eruption column rises above Komagatake volcano in northern Japan on 17 June, the beginning of a major eruption in 1929 that was one of the largest in historical times. The ash plume rose to a maximum height of 13 km and produced thick, pumice-rich fall deposits around the volcano. The eruption also produced pyroclastic flows that traveled down the flanks. This photo is from the shores of Onuma lake to the south.