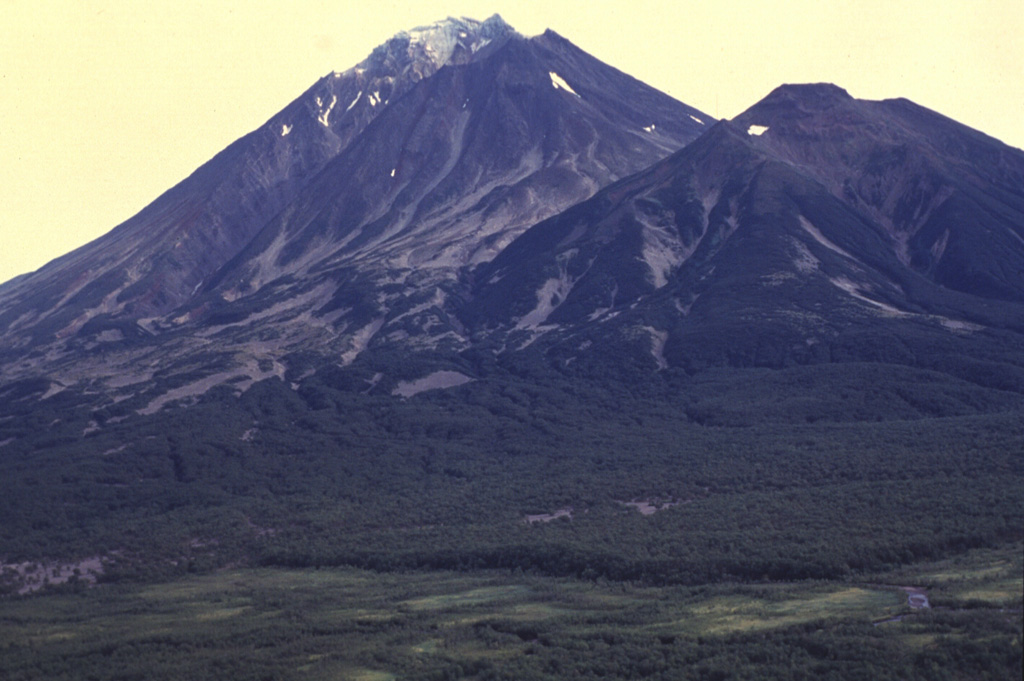 Khodutka (left), seen here from the north, formed during the late-Pleistocene to early Holocene and is SE of Priemysh, the lower peak to the right. At least 10 craters, cones, and lava domes are located along the flanks of the Khodutka complex. An eruption took place from the summit vent about 2,000-2,500 years ago and the Khodutka Springs geothermal field occupies a crater on the NW flank. 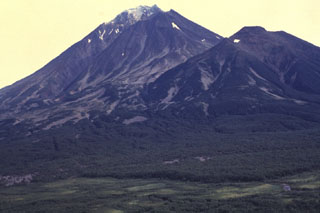