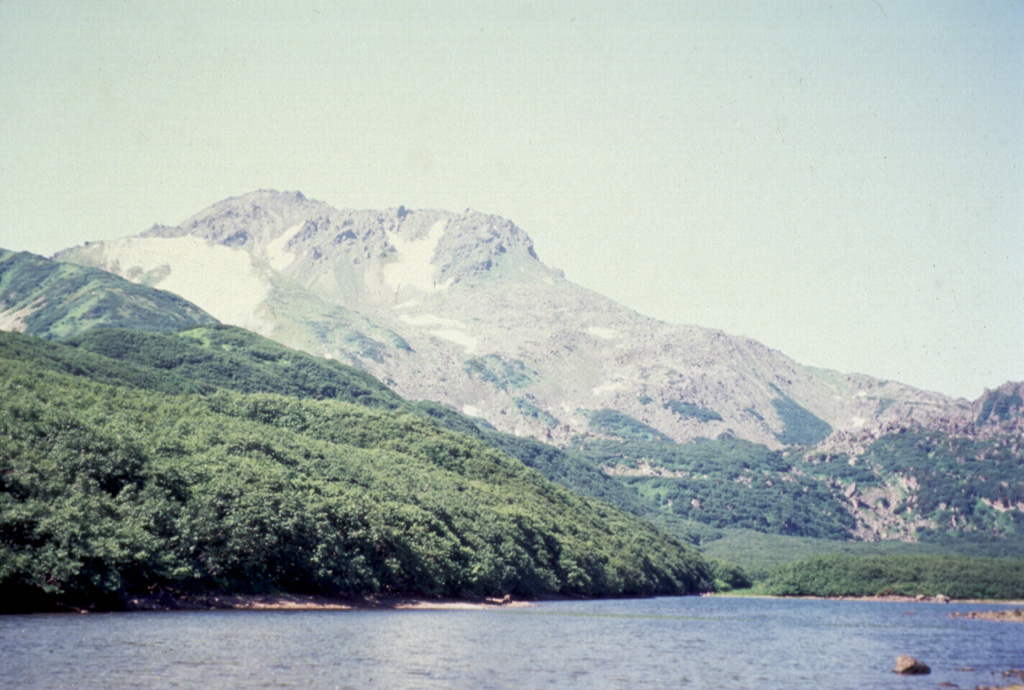 Diky Greben, seen here from the E along the Ozernaya River, is a Holocene lava dome complex that formed in the center of the 20 x 25 km Pleistocene Pauzhetka caldera. Early activity took place around 6,000 years ago. There are thick lava flows N and S of Nepriyatnaya dome (left-center horizon), which forms the summit of the complex. 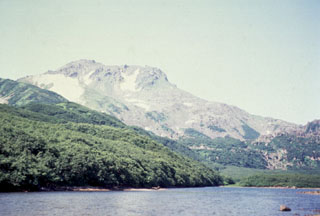