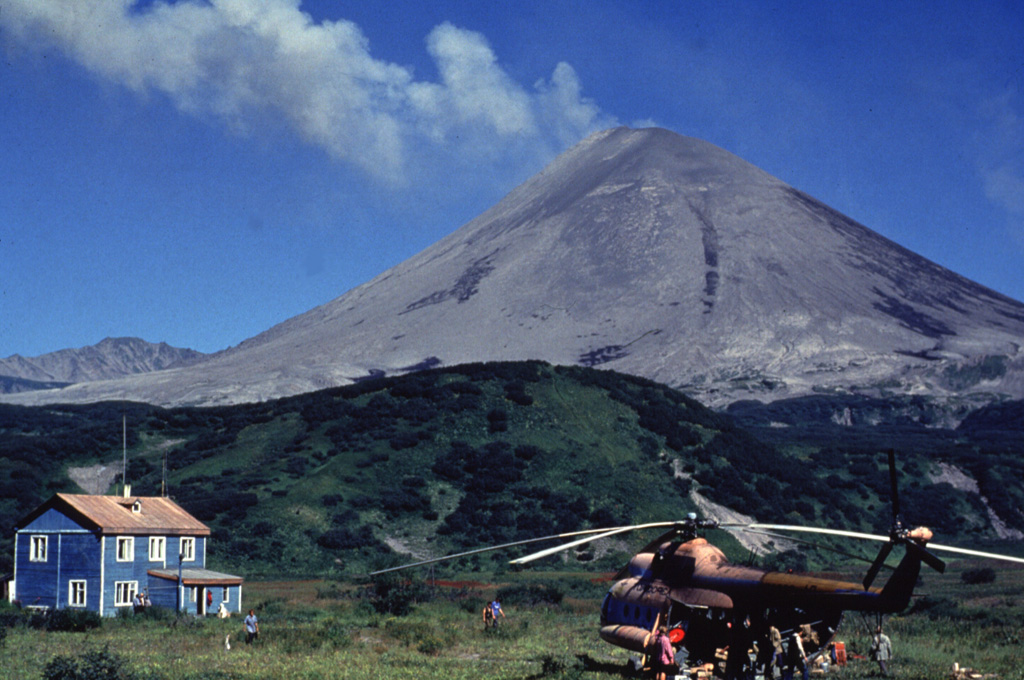 Karymsky was constructed within a 5-km-wide caldera that formed during a major explosive eruption about 7,500 years ago. Much of the cone is mantled by lava flows less than 200 years old, seen here from a volcanological field camp on the SW flank. Frequent historical eruptions have produced explosive activity with occasional lava flows from the summit crater.