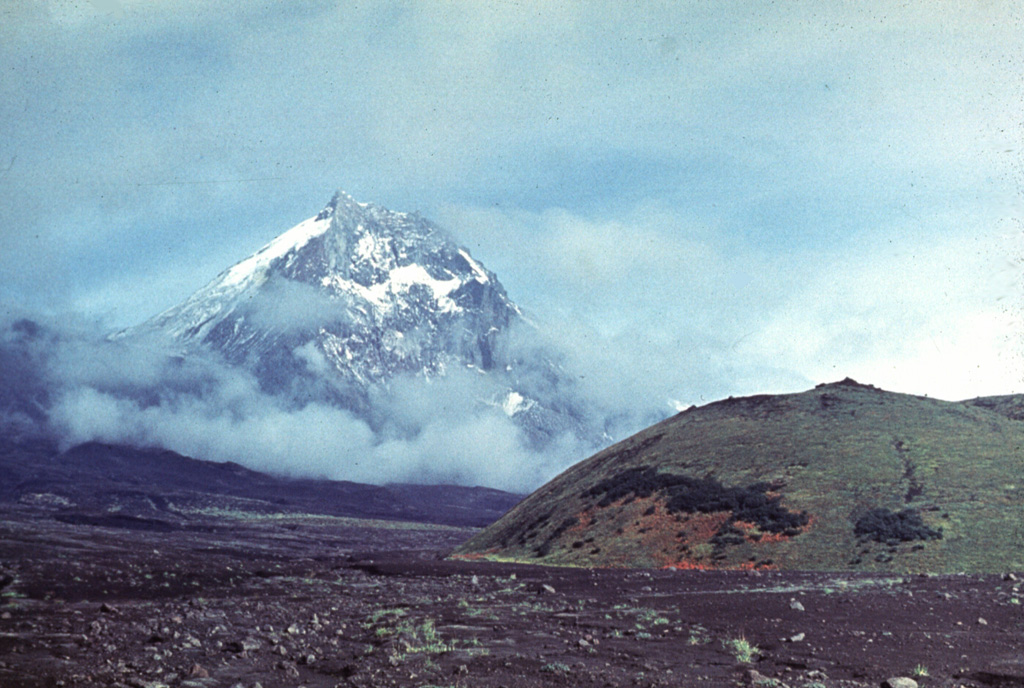 Kamen towers above the Karpinski scoria cone (left) on the ESE flank of Klyuchevskoy volcano with lahar deposits from Klyuchevskoy in the foreground. The eastern side of Kamen was removed by a massive volcanic landslide about 1,200 years ago.