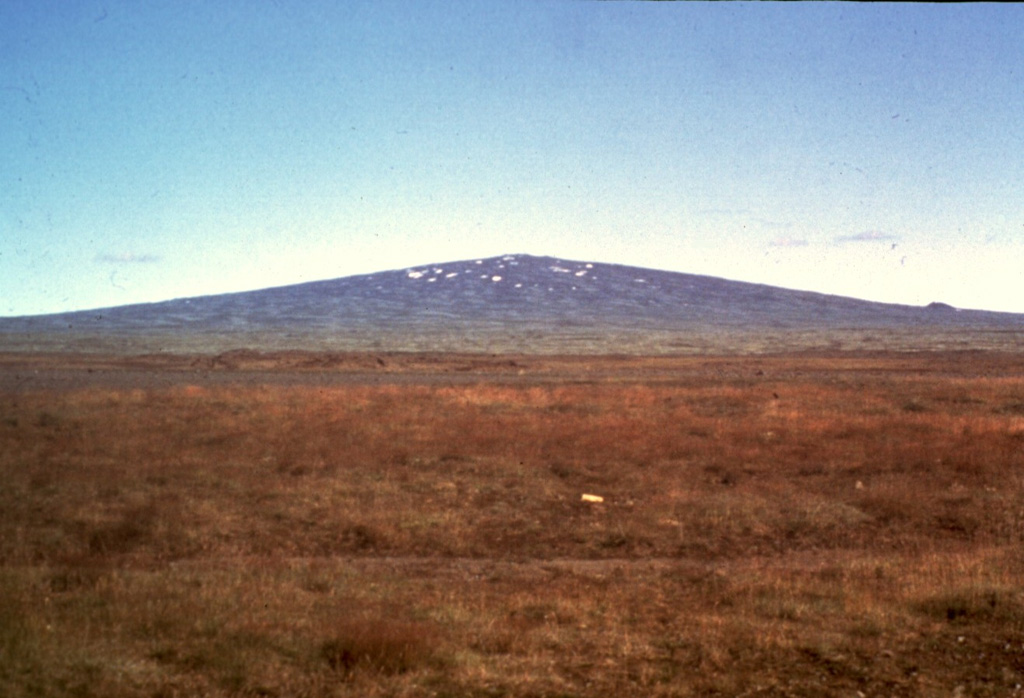 The classic Icelandic volcano Skjaldbreiður is one of many small shield volcanoes that were constructed along rift zones where the Mid-Atlantic Ridge rises above sea level. Skjaldbreiður, seen here from the W along Route 52, formed about 9,500 years ago during a single long-duration eruption at the southern end of the Prestahnúkur volcanic system in central Iceland. It produced 17 km3 of basaltic lava flows and is capped by a small 300-m-wide summit crater. 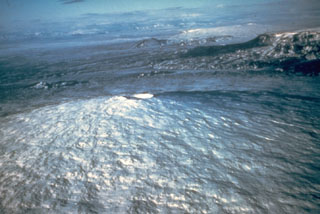