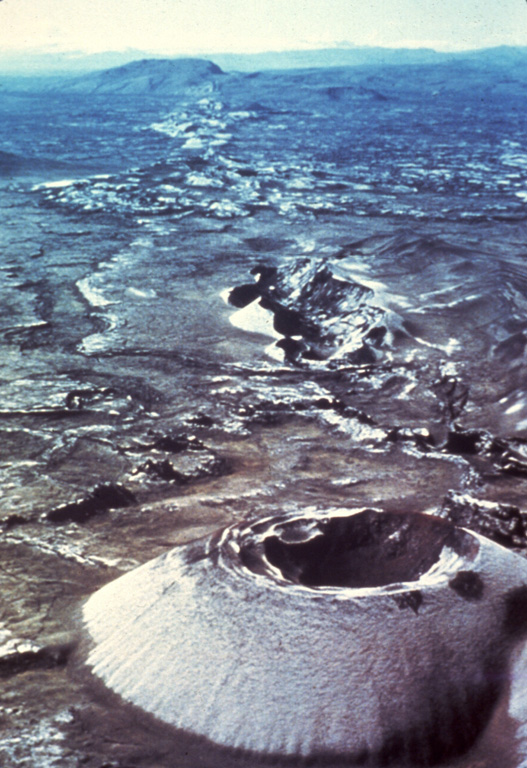 The most prominent of a series of fissures extending NE and SW from Grímsvötn central volcano is the noted Laki (Skaftár) fissure, which trends vertically across the photo SW of Grímsvötn and immediately SW of the Vatnajökull ice sheet. Laki produced the world's largest known historical lava flow during an eruption in 1783, as well as large volumes of gases but relatively little tephra. The approximately 27-km-long fissure is characterized by a sequence of craters and cones like that seen in the foreground.