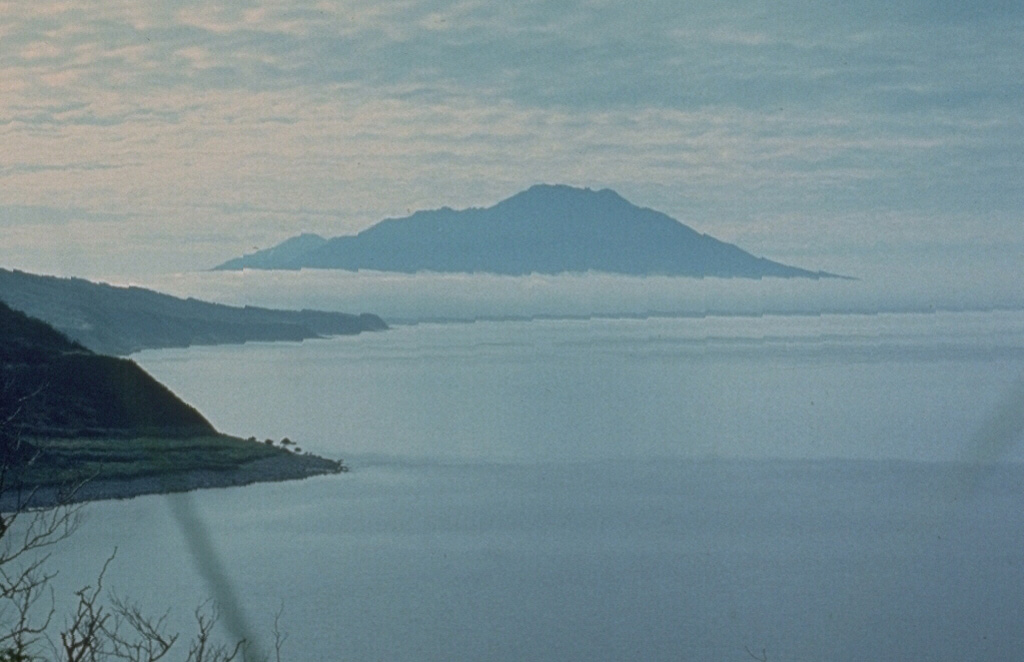 Etorofu-Atosanupuri forms a peninsula of Iturup Island and is seen here from the NE. A late-Pleistocene or early Holocene edifice formed an island that was later connected to Iturup. A 2-km-wide caldera was infilled by a cone that forms the present summit. 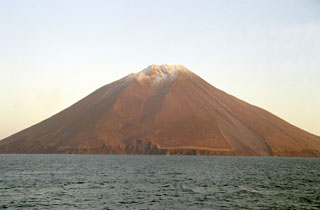