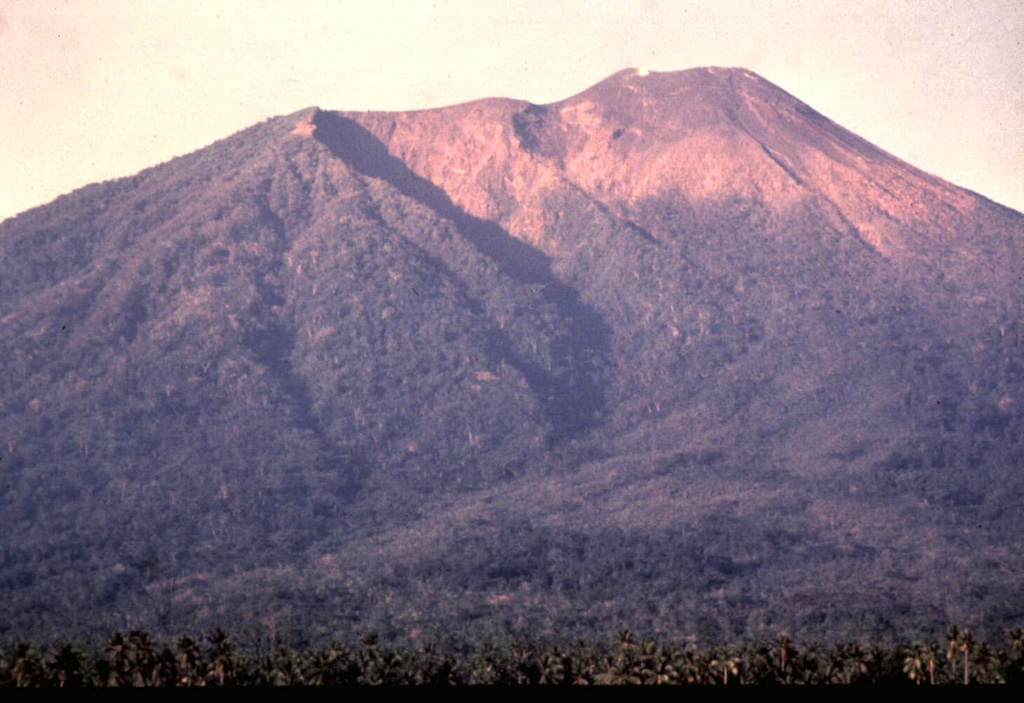 The three craters forming the summit of Gamalama volcano are visible in this view from the NE flank. The craters have migrated to the north, with the modern cone (right) forming the present summit of the volcano. The prominent shadow cutting diagonally to the right marks the rim of the older GI crater, inside of which the GII cone and crater grew. The GIII crater truncates the flat-topped summit of Gamalama.