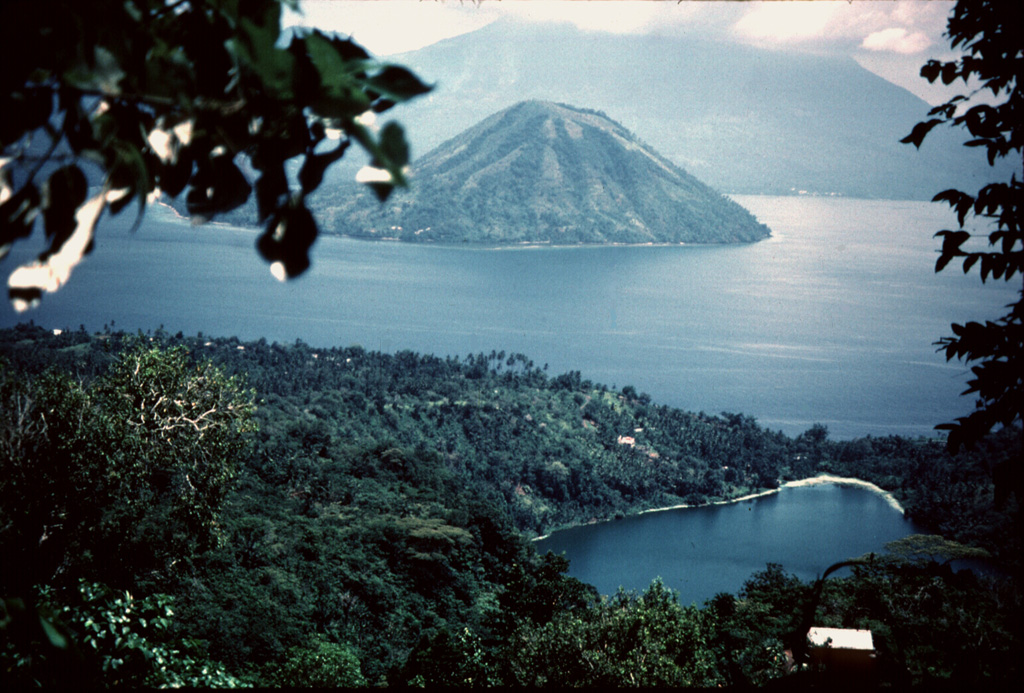 The Tidore volcanic complex rises to the south across a narrow strait from Ternate Island in the foreground. The small conical island is Maitara; in the background, its summit hidden in the clouds over southern Tidore Island, is symmetrical Kiematabu peak, the highest mountain in the northern Maluku Islands. Sabale volcano, a truncated caldera at the NE end of Tidore Island, is obscured behind the leaves at the upper left. The lake-filled crater in the foreground is Laguna maar on the southern flank of Gamalama volcano. 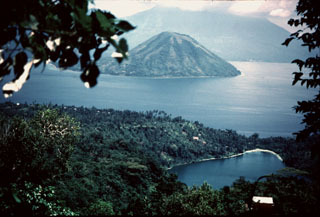