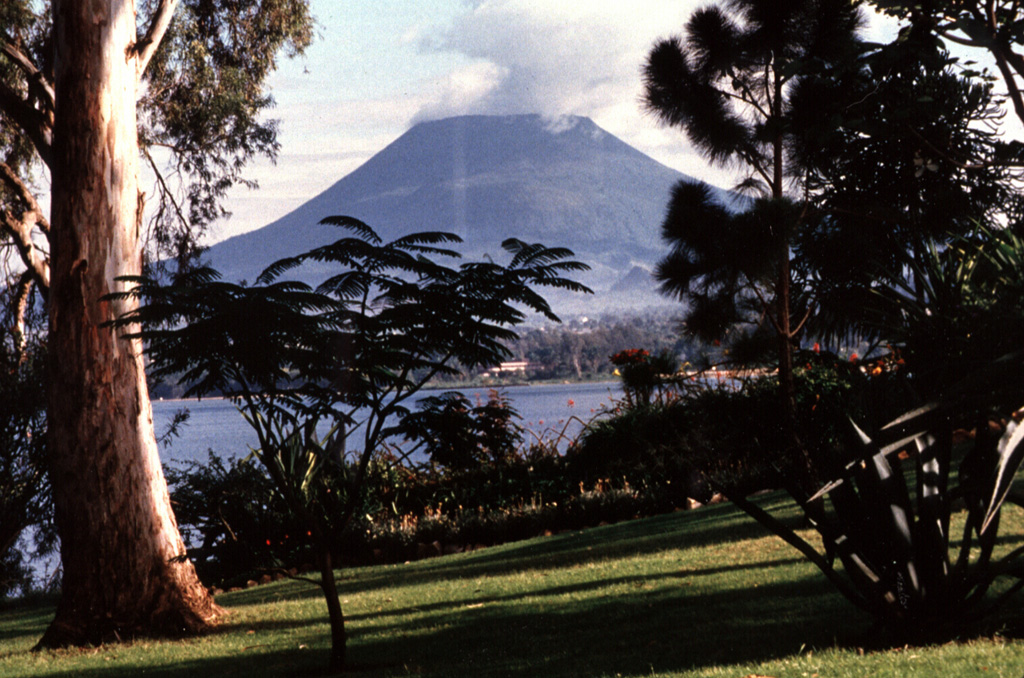 Nyiragongo is seen here from the S across Lake Kivu at Peyer Yard in Rwanda. It contained a lava lake in its deep summit crater that was active for half a century before draining suddenly in 1977. In contrast to the low profile of the nearby Nyamuragira shield volcano, Nyiragongo displays the steep slopes of a stratovolcano. About 100 smaller cones are located primarily along radial fissures east of the summit and along a NE-SW zone extending as far as Lake Kivu.