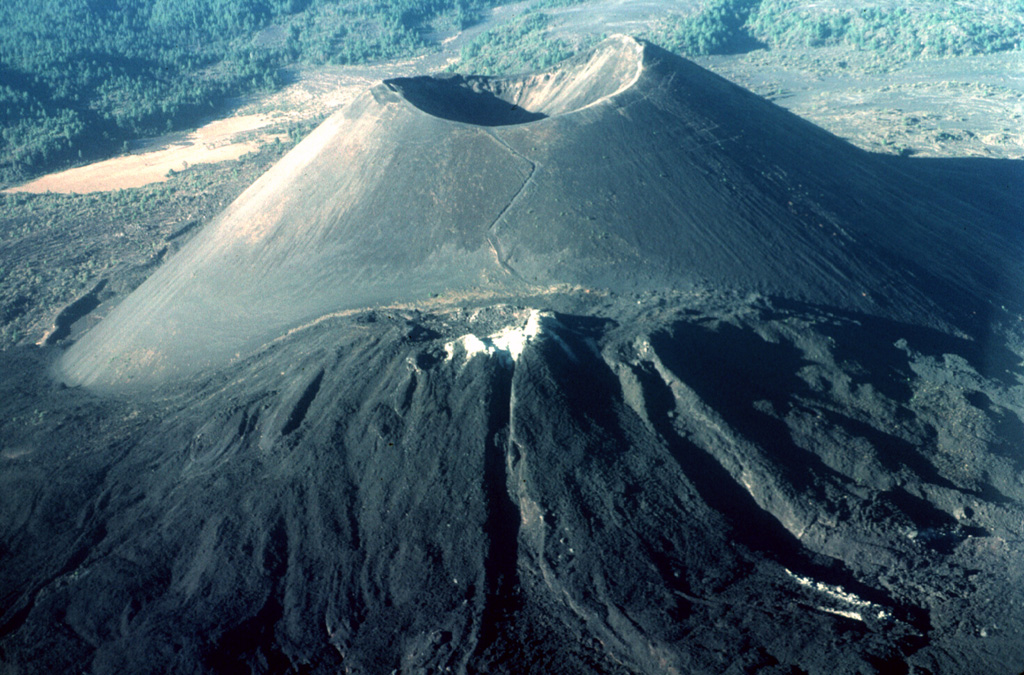 The renowned Parícutin cinder cone, which grew from a Mexican cornfield beginning in 1943, is one of the roughly 1000 cinder cones dotting the massive Michoacán-Guanajuato volcanic field in central Mexico. White fumarolic sublimate minerals blanket the top of Nuevo Juatita in the foreground, a NE-flank vent that was the main source of lava flows during the last five years of the 1943-1952 eruption.