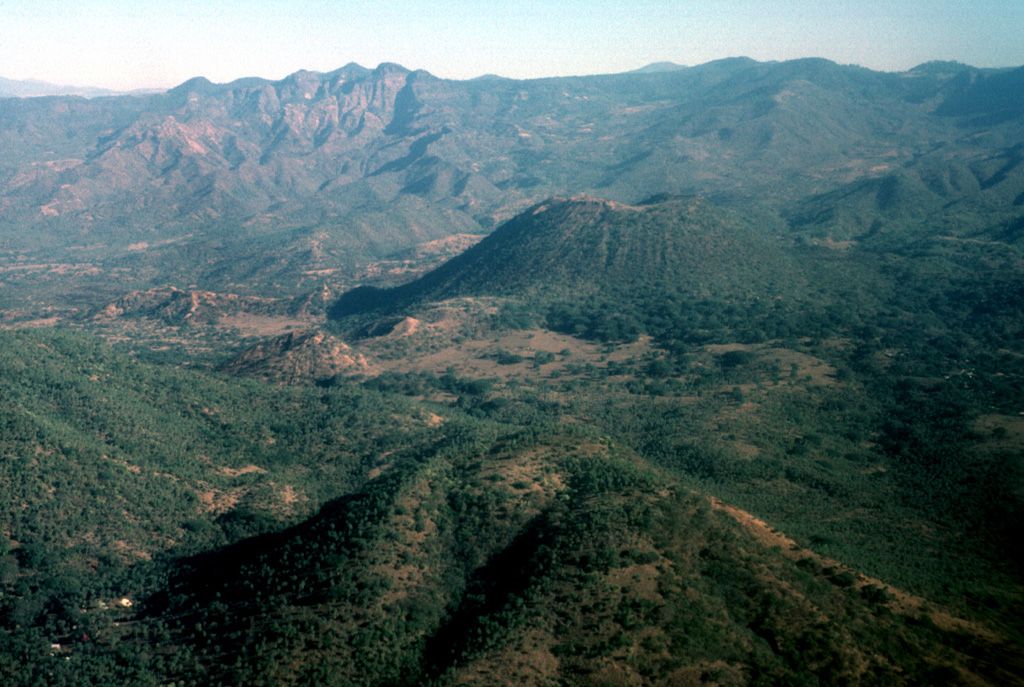 Jorullo volcano (right-center) is seen in an aerial view from the SSW with Cerro la Pilita cone in the foreground. The SW-flank satellitic vents of Jorullo are visible as the small, less-vegetated cones at its left base. Lava flows from these flank vents were erupted in the middle part of the 1759-1774 eruption and moved to the NNW (left). Cerro la Pilita is an older cone that emitted pre-historical lava flows along a narrow channel to the SW.