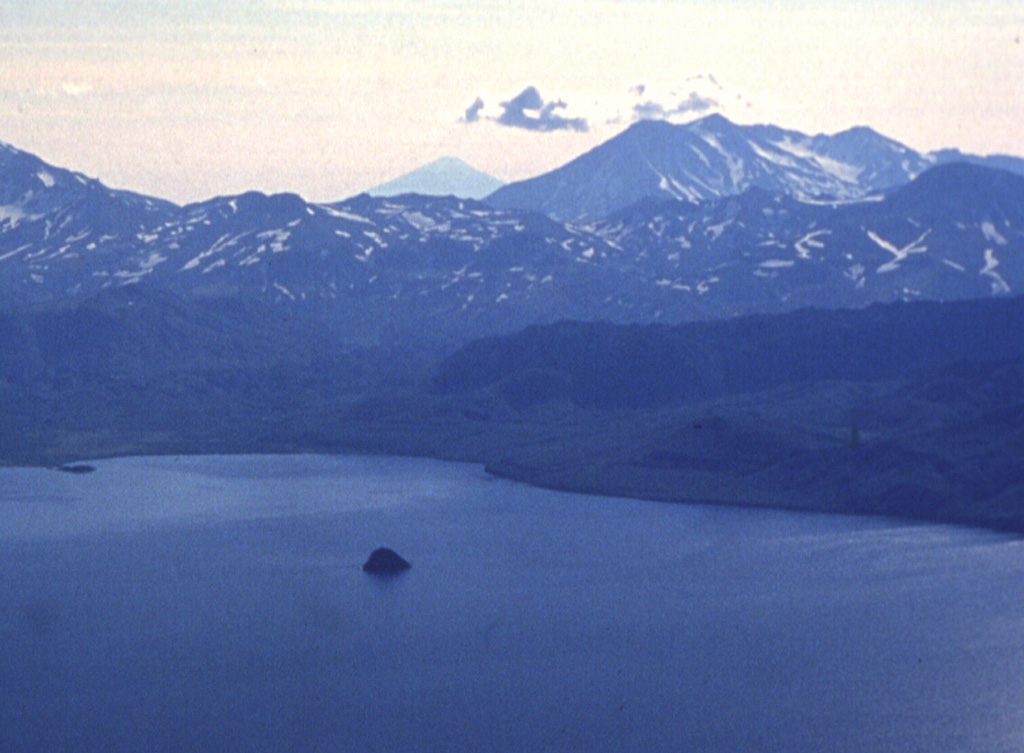 Koshelev (upper right) is one of the southernmost active volcanoes on the Kamchatka Peninsula, seen here SW of the Kurile Lake caldera. It contains four main cones constructed along an E-W line over a Pleistocene edifice with the central and highest peak being the youngest. An explosive eruption occurred at the end of the 17th century. Alaid, the northernmost volcano of the Kuril Islands, is the peak on the left horizon. 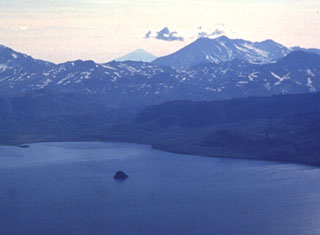