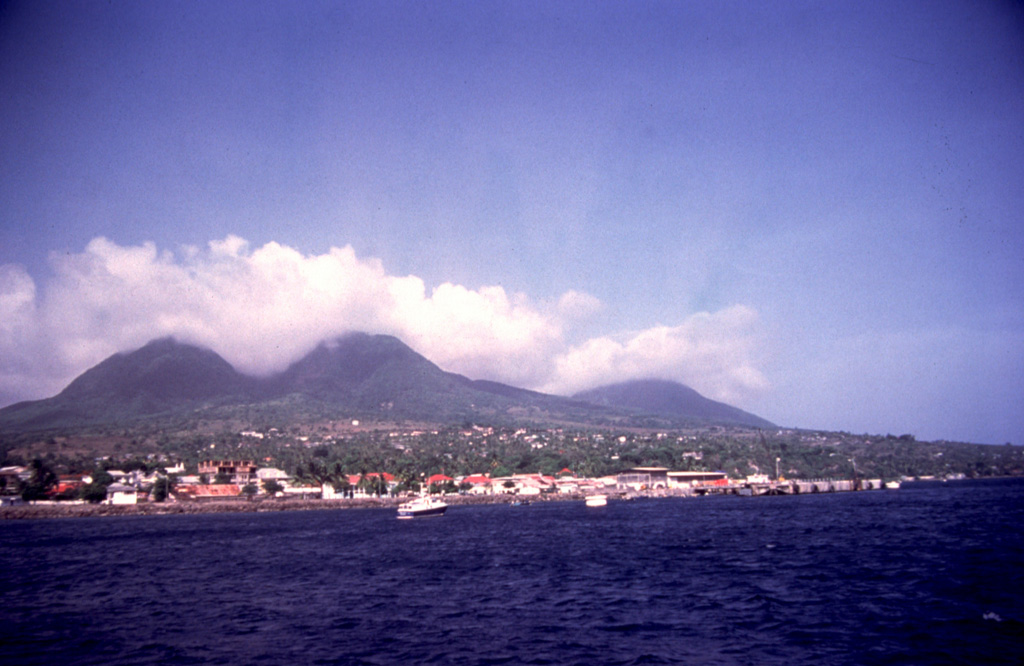 A boat offshore from the former capital city of Plymouth provides a tranquil view of the cloud-draped summit of Soufrière Hills volcano. The photo was taken in 1994, the year prior to the onset of a major eruption from Soufrière Hills that in 1997 destroyed the city of Plymouth. The broad low-lying area the city was built on, only 3-4 km from the summit of the volcano, was one of the few flat-lying areas on the small island of Montserrat and had been created by the products of earlier eruptions similar to those that later destroyed the city.