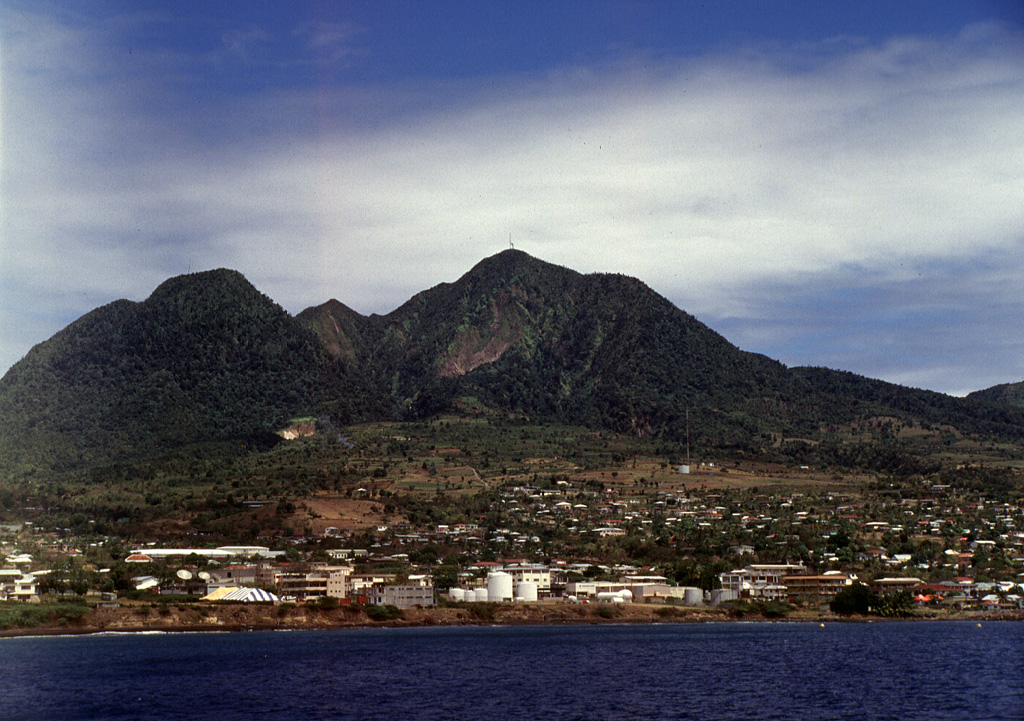 Soufrière Hills volcano towers above the peaceful city of Plymouth in 1994, the year prior to the onset of the devastating eruption that eventually destroyed the former capital city. Pyroclastic flows from a growing lava dome swept through the city to the sea in August 1997 through the low notch (center) in the western crater wall of the volcano. The city was located only 3 km from the crater rim on top of flat-lying pyroclastic-flow deposits from previous eruptions.