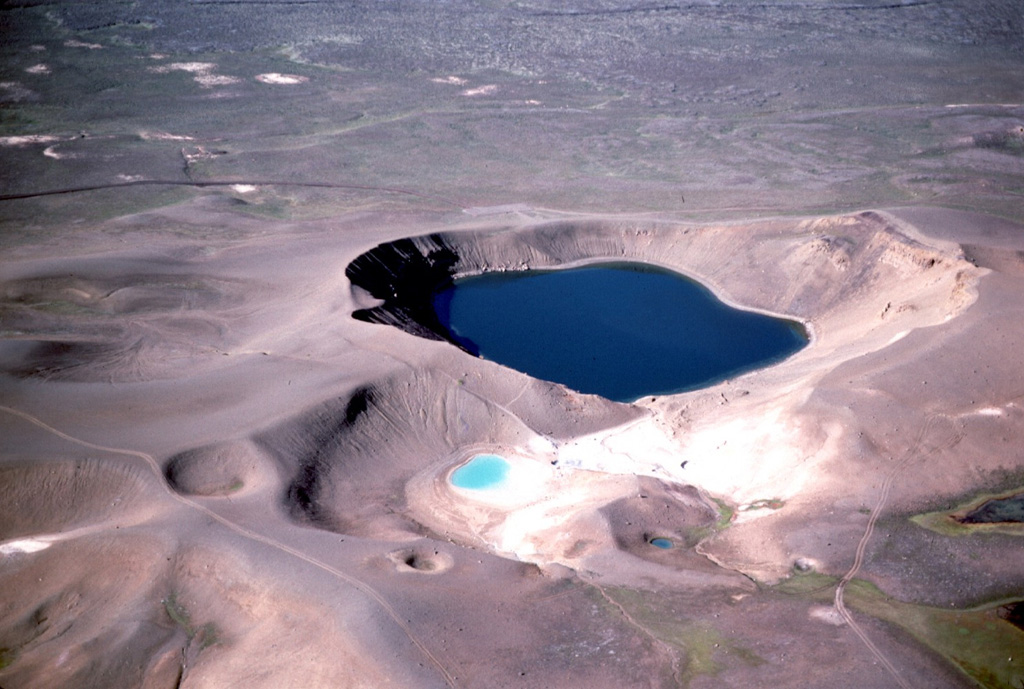 An explosive eruption in 1724 during which the 350-m-diameter Viti Crater and 14 other smaller craters formed marked the start of a five-year-long period of rifting and eruptions known as the "Myvatn Fires." Viti and neighboring smaller craters, seen here from the east, were formed during a brief eruption on 17-18 May 1724. The eruption and accompanying earthquakes caused people living on farms east of Myvatn lake to flee.