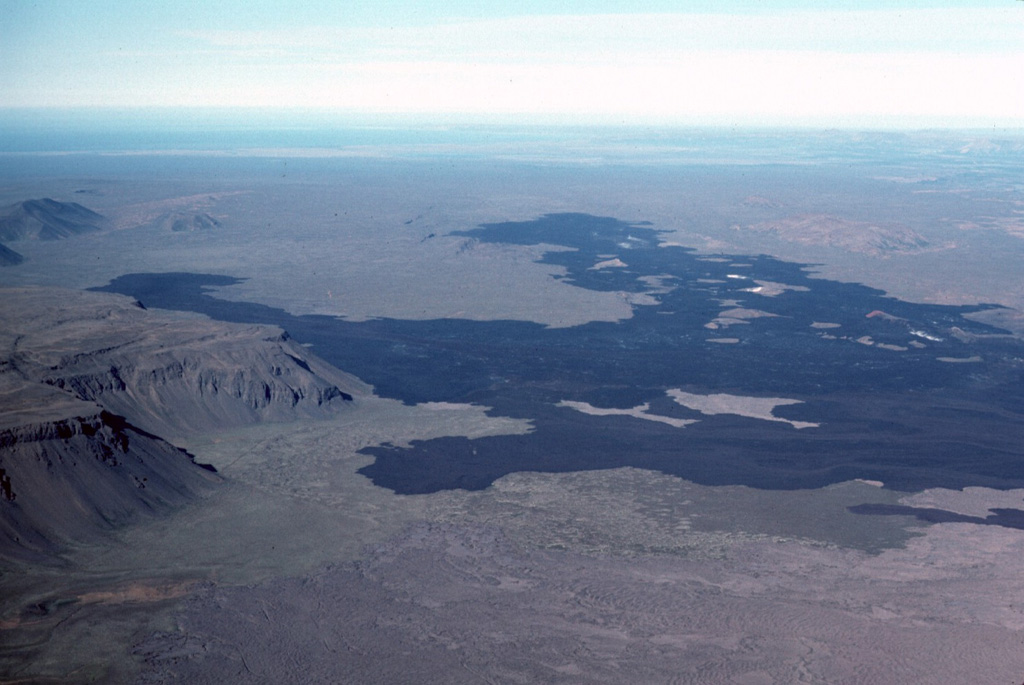 The dark lava flow field of the 1975-1984 rifting episode of Krafla extends about 16 km N into the distance, and reached the base of the eastern Gæsafjöll cliffs (left). One of Iceland’s table mountains, Gæsafjöll formed as a result of repeated eruptions through a glacial icecap.