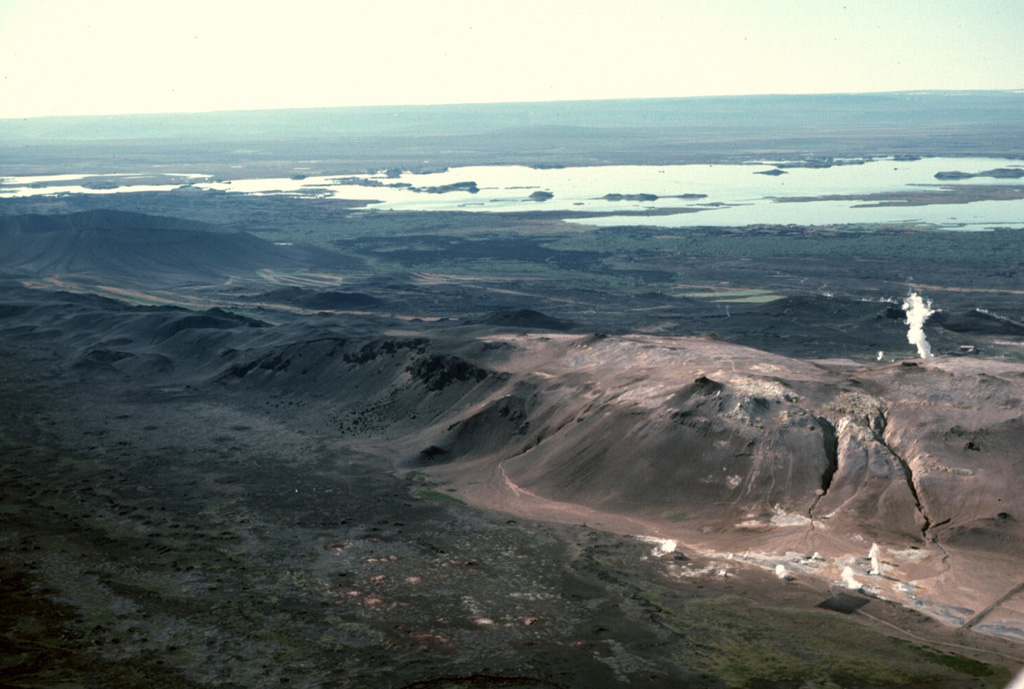 The Námafjall hyaloclastic ridge, formed as a result of subglacial eruptions, cuts diagonally across the foreground of the photo, with Mývatn lake in the middle distance to the SW. The discoloration of the ground on and around the ridge is due to the geothermal activity causing alteration in the rocks. Steam plumes can be seen both in front and behind the ridge from geothermal sites. The site in the foreground at the bottom of the ridge is Hverir, a geothermal tourist attraction.