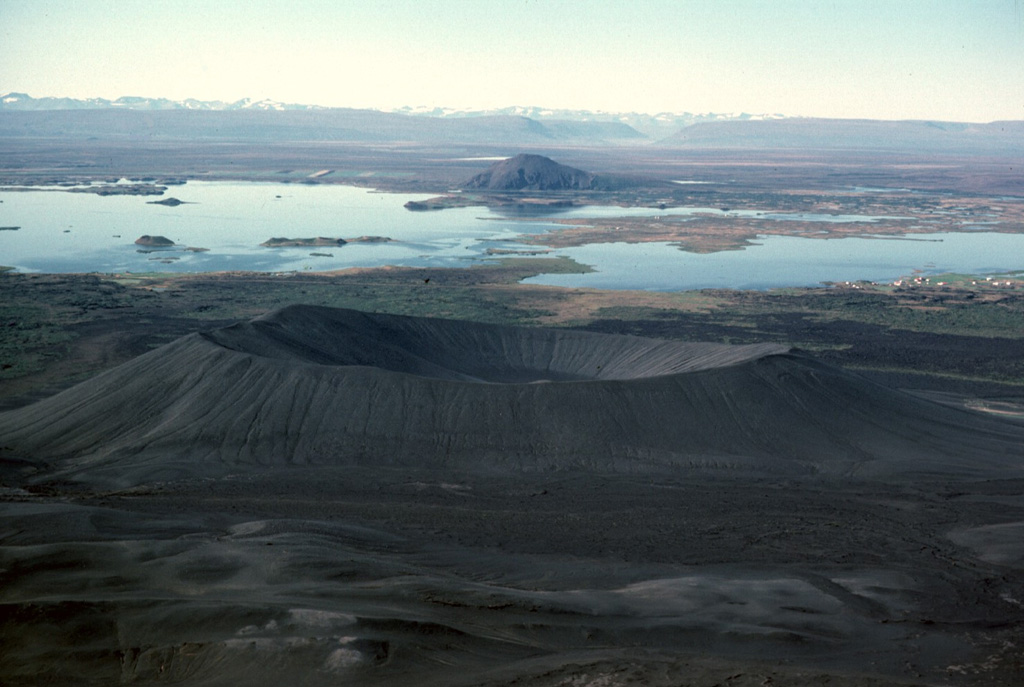 The Hverfjall tuff ring (foreground) developed during phreatomagmatic explosions at the southern end of a 23-km-long fissure. This tuff ring is the largest of the Krafla volcanic system, with a crater about 1 km wide. Lava-dammed Mývatn lake, in the background to the west, provides wildlife habitat and is renowned for its diversity of bird life. The lake has formed on lava flows from nearby Heiðarsporðar volcano, which surround Vindbelgjarfjall, the dome seen on the far side of the lake. 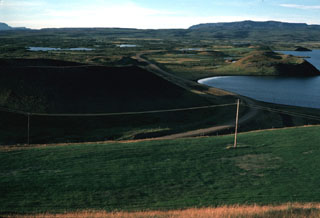