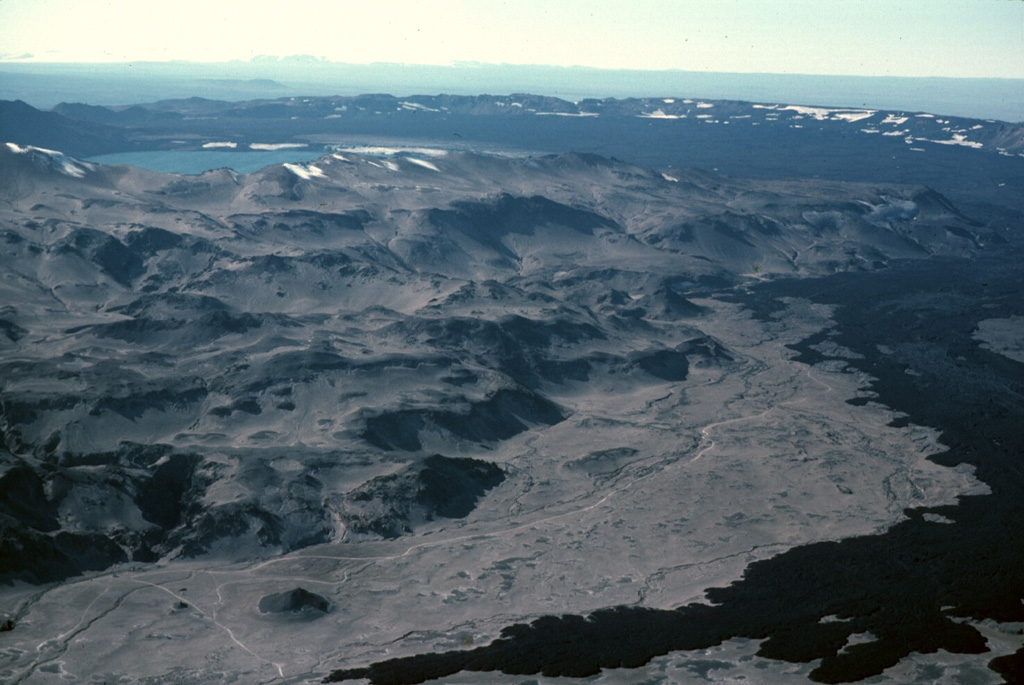 The dark-colored lava flow at the lower right was erupted during 1961 from a vent on the NE side of Askja caldera and flowed about 9.5 km E. The western rim of the ~8-km-diameter main Askja caldera can be seen in the background, rising above its flat, lava-covered floor. The 1961 vents were on the right in this image. The lake at the upper left is Öskjuvatn, which fills Askja's youngest caldera, formed due to the explosive 1875 eruption. The irregular slopes of the Dyngjufjöll massif in the foreground are formed almost entirely by the products of subglacial eruptions.