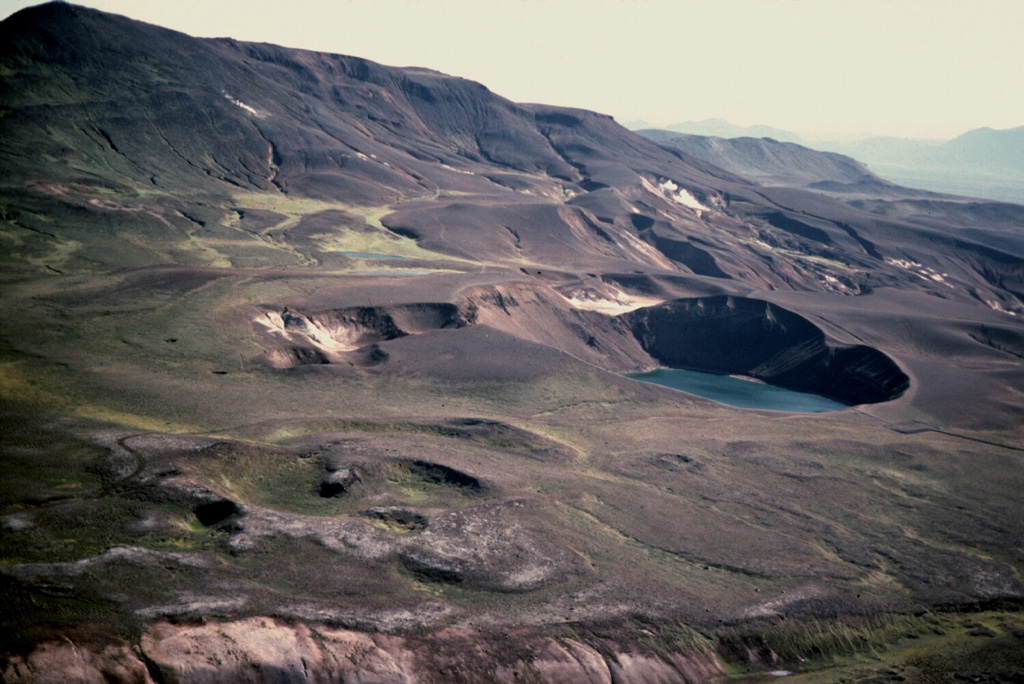 The 350-m-diameter Viti Crater (right center) and 14 other smaller craters were formed during 1724 at the start of a five-year period of rifting and eruptions known as the "Myvatn Fires." Krafla mountain, located east of Viti (upper left), is composed of hyaloclastic rocks formed during subglacial eruptions. It is one of the most prominent features in the Krafla caldera. The 1724 eruption forming Viti maar produced tephra fall over 12 km.