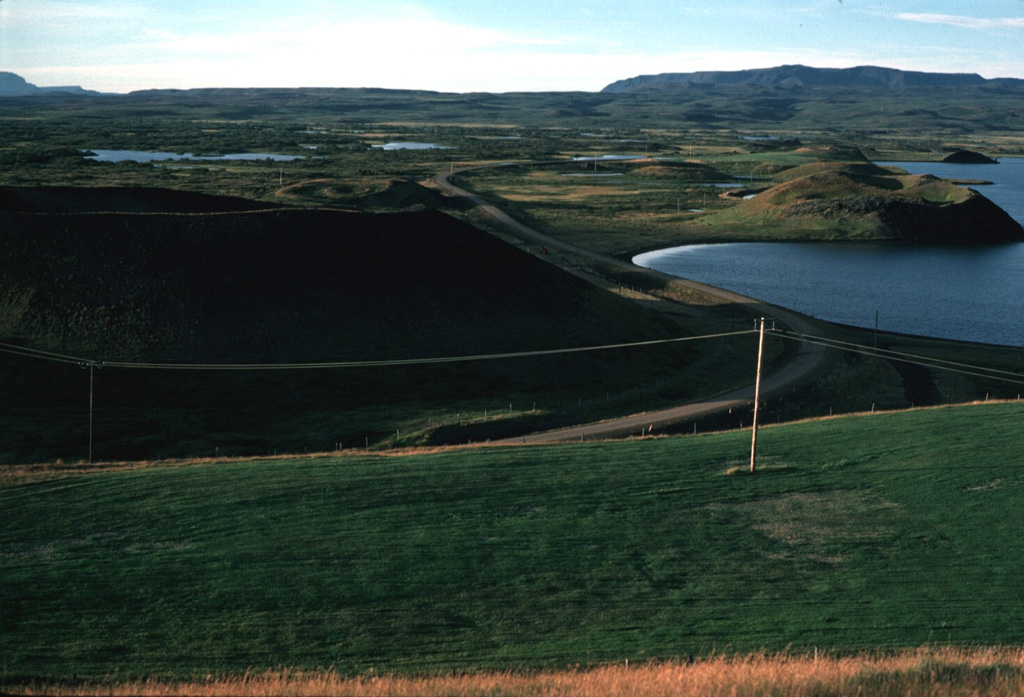 The younger Laxarhraun lava flow from the 8.5-km-long Threngslaborgir-Ludentsborgir crater row covered much of the lake Myvatn area and flowed down the Laxardalur canyon to the north coast. Numerous pseudocraters, some of which are seen here along the shore of the lake, formed as a result of secondary explosive activity when the lava flow encountered abundant groundwater. The massive 2.5 cu km flow, erupted about 1900 years ago, forms all but the northern shoreline of the lake.