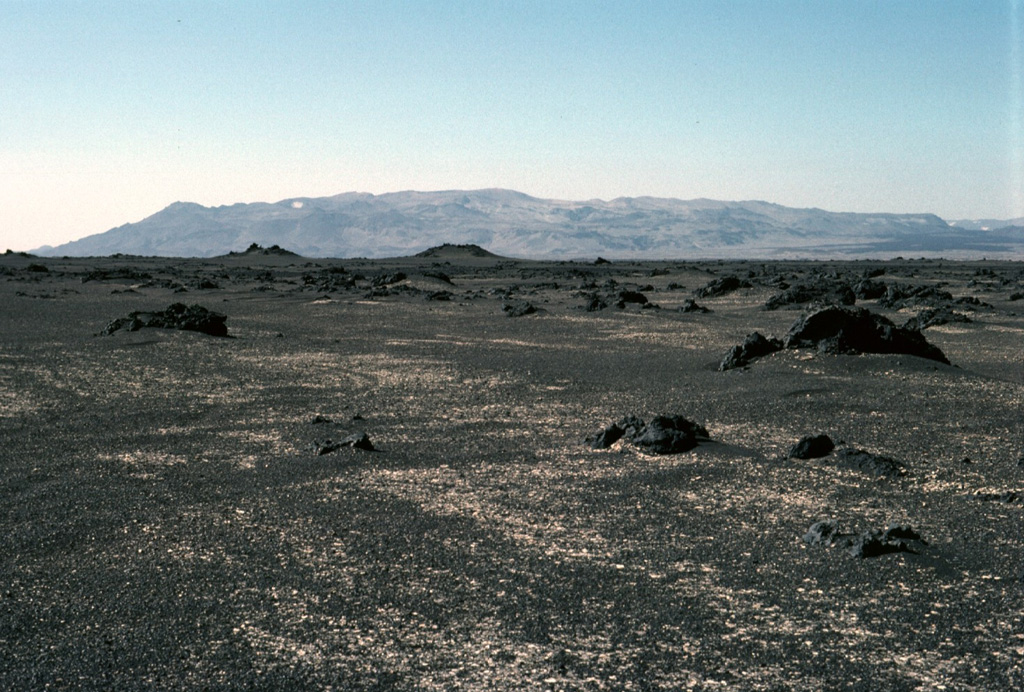 The Askja central volcano, seen here from the north, forms the Dyngjufjöll massif about 20 km N of the Vatnajökull icecap. The massif is mainly composed of subglacial pillow lavas, lava flows, and hyaloclastites, with a broad summit truncated by three overlapping calderas. Much of the Holocene activity has been focused at and around this central massif, but the Askja volcanic system includes fissure swarms extending 170 km N.