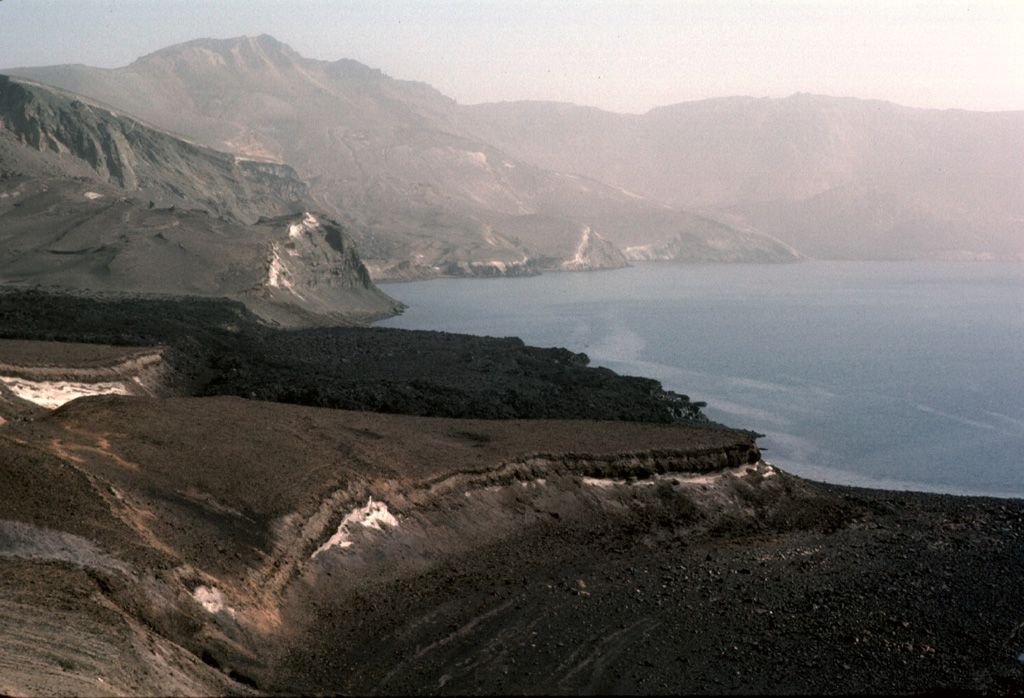 The dark Batshraun lava flow descending from the left into Öskjuvatn lake was erupted during 1921. The lava flow originated from a vent below the NE rim of Askja's central caldera, and flowed over the low rim of the younger 1875 caldera into the lake. The lava flow was the first of several during the 1920's that flowed into the NE, SE, and W sides of Öskjuvatn lake.