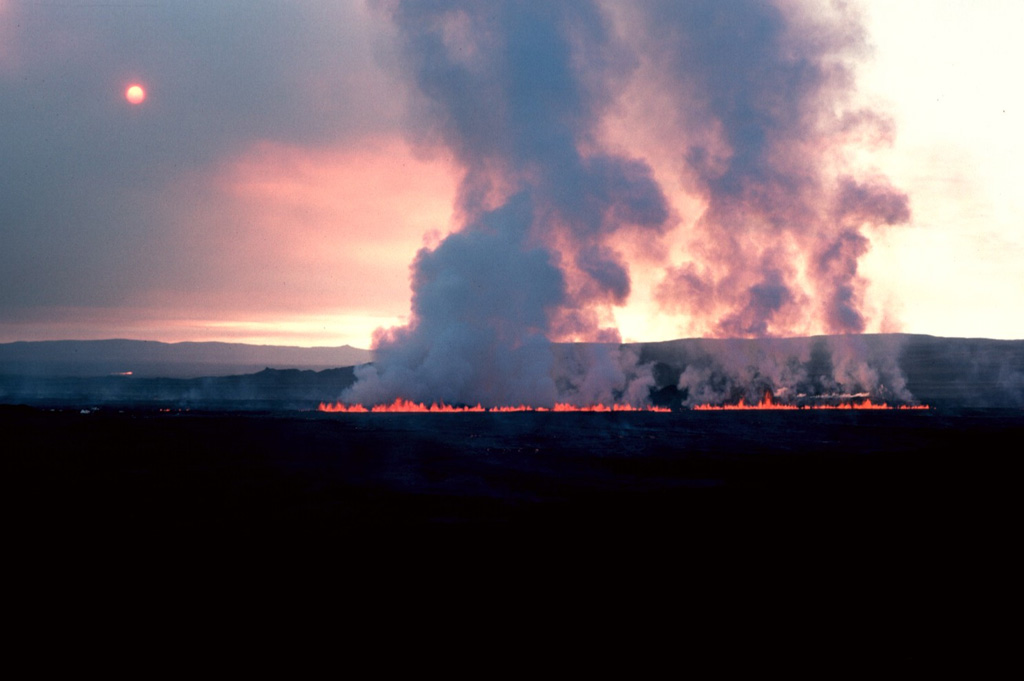 A steam plume rises above a line of small lava fountains on 5 September 1984, the day after the onset of an eruption from an 8.5-km-long fissure extending north from Leirhnjúkur. During the first hours of the eruption, the fissure was active along its entire length, producing a sheet of pahoehoe lava, but later activity was concentrated at a single vent near the northern end of the fissure. This fissure eruption was the last of a decade-long series of Krafla eruptions beginning in 1975 that accompanied an episode of crustal spreading.