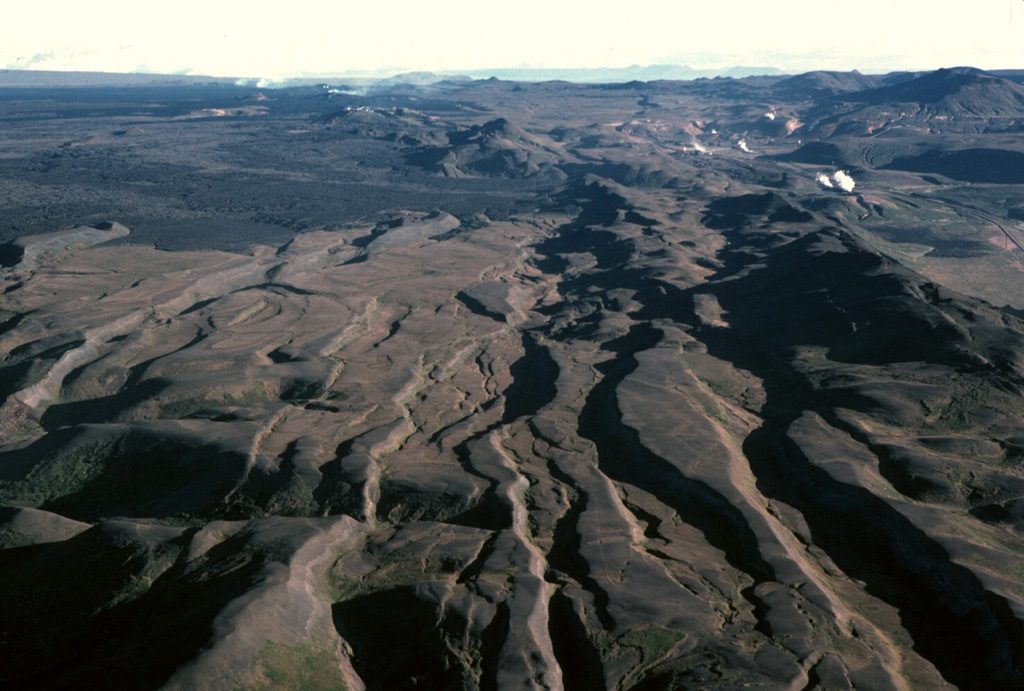 This north-looking view along fissures cutting Iceland's Krafla volcano illustrates crustal spreading processes where the Mid-Atlantic Ridge rises above sea level. The prominent horst-and-graben structures seen here are the result of repeated episodes of extensional rifting during which crustal blocks moved east and west, perpendicular to the line of faults. A period of pronounced crustal rifting occurred from 1975 to 1984, accompanied by nine small fissure eruptions. Steam can be seen in the upper left, rising above an active eruptive fissure in this September 1984 photo.