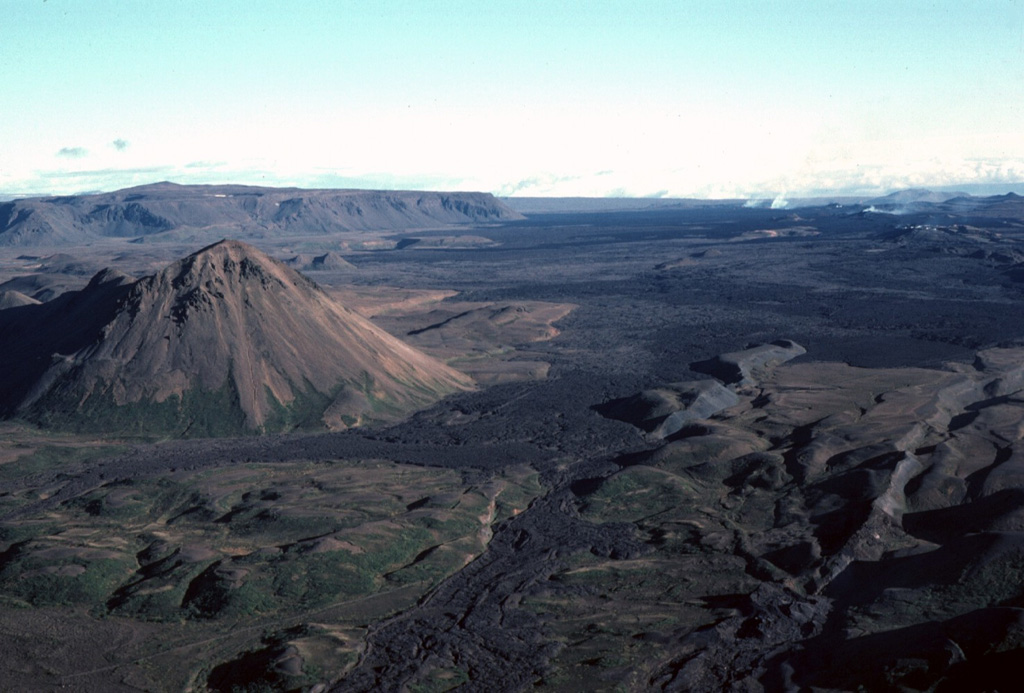 The Krafla central volcano, located NE of Myvatn lake, is a topographically indistinct 10-km-wide caldera that is cut by a N-S-trending fissure system. This view from the south looks toward the center of the caldera with the rhyolitic lava dome of Hlidarfjall on the left and prominent fissures cutting across the caldera at the right. Krafla has been the source of many rifting and eruptive events during the Holocene, including two in historical time, during 1724-29 and 1975-84.