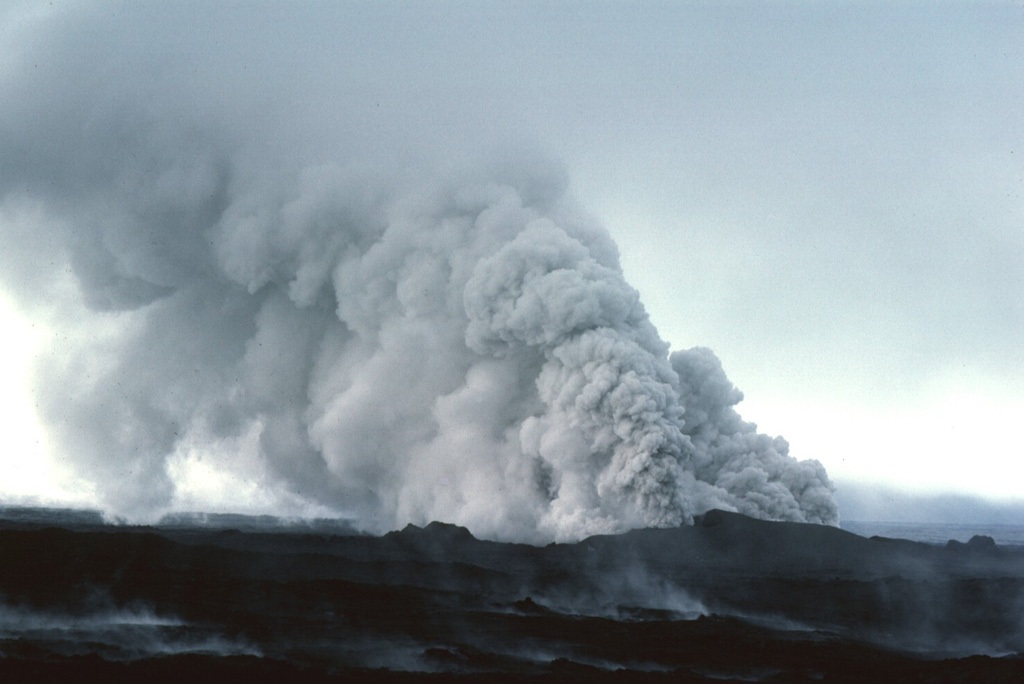 On 13 September 1984 groundwater gained access to the eruptive fissure at Krafla, producing these clouds of steam and ash. The two-week eruption, which began on 4 September 1984, was dominantly effusive, and produced 0.12 km3 of lava flows from an 8.5-km-long fissure.