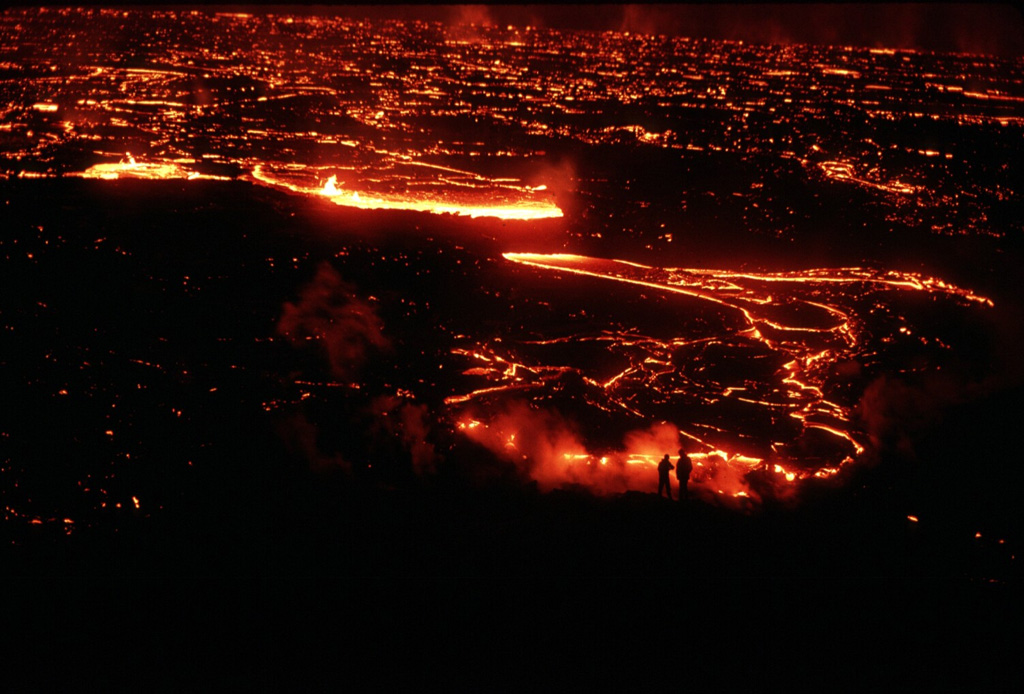 Scientists investigating a lava flow from Krafla volcano are silhouetted (lower right) against the glowing margin of the slowly advancing flow. This photo was taken on 5 September 1984, the day after the onset of an eruption from the Leihrnjúkur fissure. Cracks on the surface of the advancing flow reveal the still-molten interior.