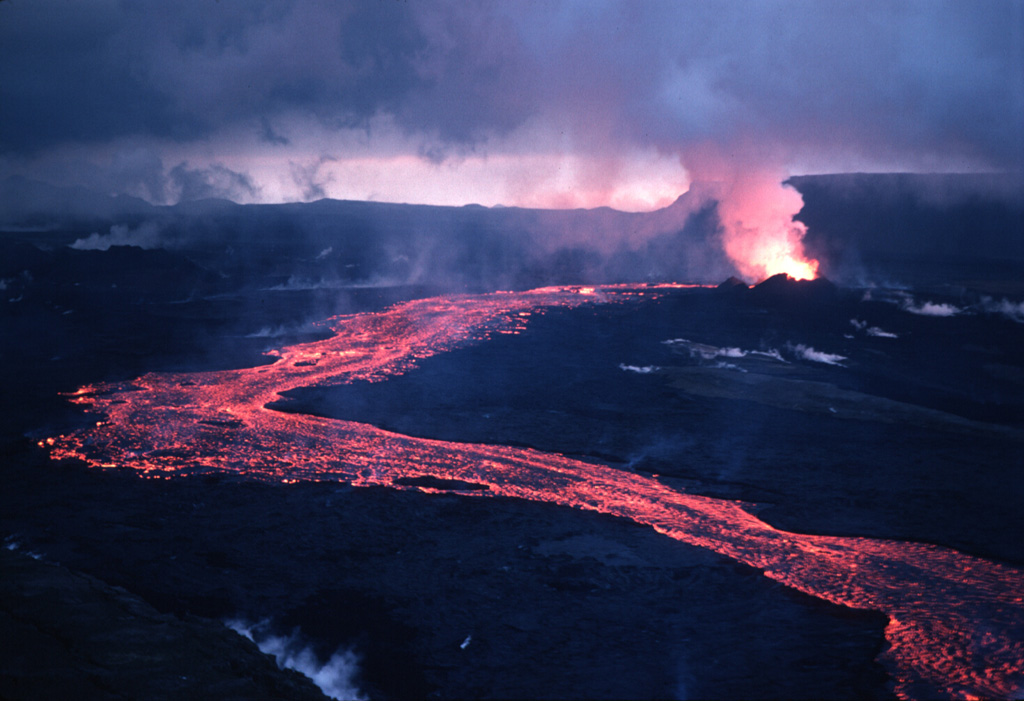 An incandescent lava flow travels downslope from the vent at the upper right during a September 1984 eruption from Krafla volcano. The eruption initially began on 4 September along an 8.5-km-long fissure; during later stages activity was localized along singular vents such as the one seen in this 15 September photo. A plume of gas is concentrated over the vent, but steam is also seen rising across much of this photograph, from recent lava flows.