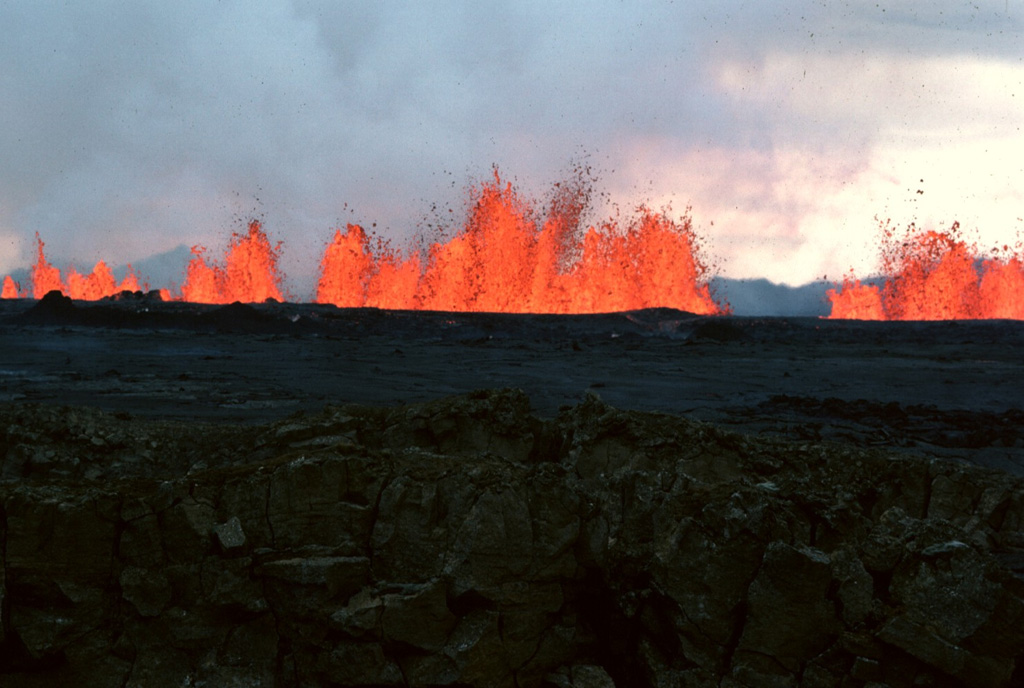 Incandescent lava fountains rise from an eruptive fissure at Krafla volcano in NE Iceland on 6 September 1984. After a quiet interval of 33 months, an eruption began on 4 September along a fissure extending from Leirhnjúkur 8.5 km N. Initially, the fissure was active along its entire length, but later lava production was highest at the northern end.